I don’t think there’s ever been a little kid who never raised arms up, saying, “Lift me up, Daddy.  I can’t see!”  There might have been an ogre or three who refused.  I don’t recall hearing of one.  Wow, do things look different from your dad’s shoulders, hunh?  King or queen of the world.  Can’t touch ‘iss. 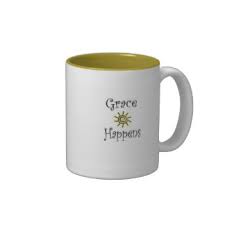 Right now you’re thinking about your dad.  You might have been too young to remember being hoisted up on his shoulders, but you remember him.  Wonderful memories or sort of bittersweet, you still recall everything about him.  The way he smelled when he came home from work.  Expressions that spoke volumes.  His funny little grin when you did something for him without being asked.  Walking along beside him while holding onto his pinkie ’cause his hand was just too big.

Things look a lot different when it’s God who does the lifting.

Earthly dads are an imperfect example of the role God plays in His universe.  I’m an earthly dad.  Flesh and blood.  Imperfect, flawed, dinged, scratched and having been broken in more than one place.  Every son has at some point begun looking squinch-eyed at his dad and wondering if there’s a rebate coming, or if there’s an exchange someplace where he could maybe find a good, used one to replace the one he wound up with.

That self-absorbed scrutiny lasts usually until that boy becomes a man and takes on a man’s responsibilities.  The smell of burning rubber and sound of screeching brakes really hits when he himself becomes a dad.  Then it’s like fanfare city, with an announcer over the stadium loudspeaker:

As I awoke this morning, God was right in the middle of a sentence.  Consciously, I knew that.  What He’d been doing was chatting with my subconscious because it doesn’t talk back, believes everything it’s told and immediately starts acting on it.

Come to think of it, that must be refreshing.

It’s weird when God answers with a song.  Talk about a playlist…

My heart has no desire to stay
Where doubts arise and fears dismay;
Though some may dwell where those abound,
My prayer, my aim, is higher ground.

I want to scale the utmost height
And catch a gleam of glory bright;
But still I’ll pray till heav’n I’ve found,
“Lord, plant my feet on higher ground.”

O-o-oh-kay.  Another old one out of the good ol’ Praise and Worship hymnal.  Look, I’m not complaining, here, but—

“This is why I prefer talking with your subconscious.”

Oh, boy.  This is me being quiet and thinking.  We used to sing that song a LOT when I was little.  I always liked that last verse about climbing.  What little boy doesn’t LOVE to climb?

Odd.  We don’t sing that any more.  I used to sneak looks at the adults when we used to sing it.  A few were nodding off, but most had a kind of glint in their eyes.  Seemed to me like they meant what they were singing.  And those folks knew how to pray, now.  Okay, confession:  I always liked anything that flew, so that bit about the higher plane was—

“I’d like to lift you higher.  I have things to do through you, but I need you climbing, not sitting here with your comfy camp set up, waiting for resupply.”

It took me a few Eternal minutes to shake that one off.  Earth-time, it was actually a couple of seconds, laying there staring at the sideways numbers on my alarm.  But you know God exists beyond Time, right?  He does things in and out of Time that—well, you get it.

If I hadn’t been totally awake before, I was then.  If I’m hearing You right, you’re saying I’ve gotten a little complacent in my daily walk, doing all the right things, but sort of on autopilot and with not all of my heart, mind and spirit focused on where You want me to be and what You need to be doing through me.  I’ve been sitting here waiting on You, when all the time all I needed to do was get up, break camp and get back to climbing.

Ever hear God nod?  You can.  And when it’s really Him and not your own imagination (read ‘selfish desires’), you know it.

Suddenly, with a clarity I hadn’t felt in years, the words of the chorus of that old hymn began flooding my mind—

Lord, lift me up and let me stand,
By faith, on Heaven’s tableland,
A higher plane than I have found;
Lord, plant my feet on higher ground.

Yeah, Lord.  I do want to be lifted.  I need it.  By then I was out of bed and heading for the shower.  Suddenly an idea popped into my head …

God, is there a way I can get past some people’s mouthy conscious mind and—  Mm.  Yeah.  That’s kind of what I thought.  ‘Kay.

Well, it’s getting toward time to spiff up and head to where part of my Christian family gathers every week to worship.  Something tells me I’m going to get a little more out of it this morning.

No one denies the occasional need to rest and rebuild strength, maybe even to heal.  But staying there was never part of The Plan.

It’s time to get back to climbing.  God’s got a lot more He wants to be doing in and through me.