“A-a-and, again just guessing here…  you were awake at oh-dark-thirty?”

You got it.  And you’ll be wanting to know why, so I won’t keep you in suspenders.  My brain’s majorly fatigued from the tsunami of political ads.  Yeah, I see you vigorously nodding. 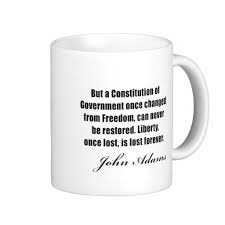 I tend to listen.  A lot.  I pay attention to what people say.  And when it’s repeated ad nauseum – pun intended – well, let’s just say a pattern emerges.

For what seems like forEVer, a very vocal, often arrogant and sometimes stridently profane group of people have been busy telling the nation – us – we’re all simple fools for being good.

Oh, I know they have always aimed at ANYthing having to do with God, the Bible or Christians in general.  But the snootiness and ridicule hasn’t stopped there.  What we heard over and over is that concepts like Right and Wrong, Good and Bad were archaic and no longer apply to modern life.

“Decency, Purity and Righteousness?  Don’t make us laugh!  What planet are YOU from?”  Gales of laughter and derisive catcalling followed.  What a bunch of rubes!  “You and your God stuff!  Well, where is he NOW?  Hunh?  You goody-two-shoes types spouting scripture and your stupid, outdated social issues agenda need to realize you’re in the minority and nobody’s listening!”

So I went to sleep last night not knowing where the nation is headed.  I have plenty of faith in God.  I also know His supreme love, tempered with His perfect wisdom, sometimes lets us have what we think we want.  I drifted off praying for some clarity, reason and common sense to take hold.

It would seem the nation belongs to the simple and the fools.

So, based on that, before sitting for hours in front of all the election returns, ‘Net intervews, and Matt Drudge?

It would seem the nation belongs to the simple and the fools.  God IS here.  He has heard the consistent praying of good, solid, decent men and women and is responding.

Gotta hand it to us; we’ve tried.  Yeah, I know.  I’m using the ‘we’ inclusively, like Daniel did.

Ever taken a good look at a person who was once a vibrant participant in life but whose very soul seems to have shriveled and dried up inside him?  How about somebody who once had a beautiful Christian witness whose life is now a disaster?

God knows what He’s talking about.  A mentor once told me, “We don’t break God’s laws.  We only break ourselves on them.”

God has to do with all of life.  All of it.  There are no barriers, no distinctions between our personal and professional pursuits.  The nonsense of ‘separation’ was created by men eager to step outside God’s cloying, restrictive and silly rules.

That doesn’t mean God ever once said they no longer apply.

God’s never gone back on His word.

Politicians have made a handsome living by routinely doing so.

I think we’d better be paying attention to what God has to say.  It would seem the majority of the American people agree.

You’ll hear all sorts of analysis from all sides, each doing his or her best to spin.  Well, I have a suggestion.

Quit looking at what God says as His spinning of the truth.  God spins nothing.

We’re the ones who’ve gotten so used to playing fast and loose with facts that we accuse everyone of spinning.

God’s not the one who needs to adjust.

That would be us.  You and I.  Once again, we’ve been given the means to rebuild our Republic:  IF we can keep it.

I strongly suggest we not try again to get that done without God.