A Granger Story: JOY & HAPPINESS ARE THE SAME – RIGHT?

I finished typing a thought, knowing it would be tougher to chase down if I let it get very far away.  I knew his voice.  I knew his first target would be my venerable DeLonghi coffeemaker.  I knew I had time to decide a good place to put a period.  I knew trying to come up with a fourth “I knew” statement was pushing my luck.

“You mind?”  I held out my almost-drained coffee mug.

“Hmph?  Oh, sure.  Yeah.”  Arlough brought the carafe over.  “Whoa.  Big Red One this morning.  Writing military history?  Don’t answer that.  Nobody gets into military history this early in the AM.”  As he filled my cup, his sharp gaze measured the contents.  “I know.  Leave room for cream and sweet stuff.  One moment, please.” 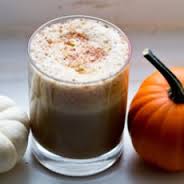 He replaced the carafe, retrieving from my mini-fridge a plastic bottle of half-n-half.  Over his shoulder he said, “I read something couple days ago I been thinking about.”

I waited.  Arlough would have been a Beta candidate for ADHD testing if it had been invented then.  His engineer’s mind never entirely at rest, he was one of the brightest men I knew.  He could hold an entire conversation by himself if necessary.  It would sound hilarious until it became apparent:  he processed things verbally, tightening his focus with the same impersonal perfection as a laser-guided missile.  What at first sounded like a goofy nutball muttering to himself was instead a practiced targeting process.

I poured a generous dollop of the creamy white half-and-half into my cup, setting the cold container on my desk. 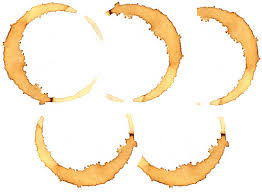 “So that’s where the Olympics logo came from.”

Seeing where his eyes were aimed, I glanced there, too.  On my desk were four sort-of-attached circles, rings from where I’d placed either cup or container.  The base of the white plastic bottle was in the process of creating a fifth ring.

“It said, ‘Happiness is available.  Help yourself.’ ”  As he sank into the nearest overstuffed chair I kept in my office just for existing and prospective friends, I scanned his face.  There was none of the usual wisecracking rapier-sharp humor lurking there.  When in search mode, his eyes flickered everywhere at once.  They weren’t flickering.

“So there’s a lot of mention this time of year about joy.  Not so much about happiness.”

I felt the weight and heat of his eyes as he steadily waited, looking right at me.

I sifted through the thoughts I’d been gathering as he tightened his search.

“Whoa.  I love watching you think.  You’re scary when you do that.”

“It’s a blast.  You oughta try it some time.”  I grinned amiably at him as I sipped coffee, appreciating the subtle roast of Louisiana’s Community brand.

“Happiness derives from emotions and circumstances.  ‘Happy’ is subjective and fickle.  It can and often does change as quickly as feelings do.  You mentioned Christmas.  A kid opening presents is riotously happy.  An hour later, surrounded by torn wrapping paper and snarled ribbon, he’s dejected as he scans what his sister got that he wanted.  There he sits with a lap-full of brand new toys and games – but distraught and unhappy.”

JOY IS TO HAPPINESS AS PRINCIPLE IS TO IMPULSE.

I hesitated.  Arlough’s gaze had adopted the Middle Space glaze.  Slowly he nodded.  “Got it.”

“Ever watch adults at a party?  In a social setting?  The difference between joy and happiness is almost palpable.  You could keep score.”

His eyes swung back to mine as recognition surfaced.

“Joy is to happiness as principle is to impulse.”

His nodding became more animated as the little wrinkle between his eyebrows smoothed.  “Yeah.  I remember something you said once when you were teaching.  You said when a person lives according to principle, ninety-five percent of their decisions are already made.”

My turn to nod.  “Right.  Joy emanates from deep within. It does not depend on a consensus of what everyone else does or says.  Joy remains calmly aligned with the man or woman one has chosen to be.  And joy will therefore always be present, even if standing in quiet, polite contrast to the thoughts, speech and actions of all seekers of happiness surrounding it.”

Uh-oh.  The eyes had begun the excited flicker thing again.

Oh, yeah.  If you’re into joy rather than happiness, it’ll put you in zone 5 in a hurry.

Once again his eyes clicked as he was getting up.  “Zone fi–”  I said, “Aircraft.  Afterburner.  You’ll get it.  Now, go listen to the song.”

As the door quietly huffed shut, I sat back, smiling.  Joy v. Happiness.  I love reminding people of the profound difference.

Occasionally, I need to be reassured of Joy’s tremendous value myself.

Startled, I glanced up as Arlough stuck his head in the door just long enough to bark, “By the way, that zone 5 thing wasn’t in quotes.  Bah!”

He’s right, though.  That was for you and I.  Joy is always refueled from inside.