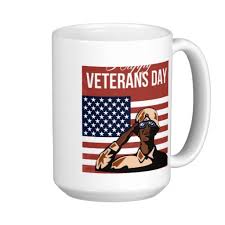 The premise is false.  We all see that.  Yet it doesn’t seem to stop reasonable persons with a liberal mindset and philosophy from maintaining a steady barrage of accusations that to witness for Christ and live a Christian life is consistent with wholesale support of the GOP and all its strategies and projects.

I’ve taken personal umbrage at liberal friends sweeping me up in the same dustpan with RINOs and EINOs.  Years ago I answered a GOP ding for money in a rude and offensive fashion.  I wrote on the form and sent it back:

“I’ve been a registered Republican since I first began voting.  I believe the GOP leadership has sold its soul and seldom if ever reflects my conservative values or issues of public policy I feel important.  You’re not getting another dollar until I begin seeing the GOP get back to its roots of small government and less taxation governance – AND you give some accounting for the money I and others like me have already sent you.

“Further, I’m very close to re-registering as an Independent.  Thoughtfully so.  I’m tired of apologizing for national leadership acting just like every other denizen of D.C. soul rot.  Either accurately represent me, my values and my preferences or I’ll find someone else with some courage and personal integrity who will.”

Haven’t heard much from ’em since then.  I’m sharing something from Erick Erickson’s Morning Briefing that echoes a concern of mine.  He says it well; see what you think.

“Among my evangelical friends embedded in politics, many sense a reprieve. Don’t.

“Last Tuesday’s election may have bought time or added breathing room or changed certain courses, but we know the ways of the world. We know the world is hostile to Christ and those who follow him. An electorate changing toward one political party because it is not the other party does not mean the electorate is really fully embracing the victor or even that the victor is embracing you.

“Evangelicals are a means to an end for the GOP. That end is power. Power tends to corrupt. Evangelicals who embedded within the GOP decades ago harmed their own cause as much as conservatives harmed theirs by embedding fully within the GOP wherein distinction between the acquisition of power and the advancement of policy were blurred.

“The Republican Party is run by men. All men are sinners. Therefore the GOP, like the Democratic Party, is run by sinners.

“I am a small government conservative because I want as few sinners in charge of me as possible. But the GOP wants to use government for its own purposes, which may or may not be Jesus’s purposes and increasingly is removed from the idea of small government. All things may work for the good of those called according to His purposes, but not all things are in His name.

“I am an evangelical in politics, but I try my best to store up my treasures in Heaven where neither mold nor rot can get them. As culture shifts in this country, there are many evangelicals who are more furiously trying to store up treasure in the Republican Party. But others more tied to the world have more treasure and can outbid you.

“Evangelicals who are a means to an end for the GOP, should keep their wagon hitched to Jesus, not the GOP. The party can be one means to an end, but it is only one means. I applaud evangelicals engaging in the political process and pray more get involved. But let’s not take last Tuesday as either a sign that we can rest on our laurels or that we should get complacent with our domestic team winning. Doing so may cloud that which is the real winning team.

“We must still go forth into the world and culture and politics being faithful instruments of God’s will and we must not be shy about accountability for ourselves and for others who claim to be with us. That includes those who claim to be of us in order to get our votes.” 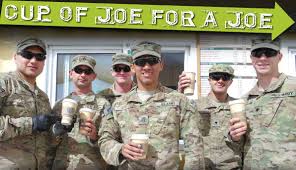 Well said.  There’s a reason Jesus Himself told us to be wise while being as harmless as possible.  There’s room for spirited public discourse among Americans with differing opinions.  Attempting to silence one view or the other, especially by focused, one-way legislation not only defeats that; it proves the opposing opinion must have merit.  So does namecalling.  Being decent, principled and having convictions does not mean being stupid.    We Christians are too often accused of that.  We certainly don’t need to prove it true.

This is no time to kick back and nestle our shoulders back into the recliner.  We have a lot of steady worthwhile work to do before the next presidential election in order to see our nation moving in a direction we believe is right and necessary in the long run.  It’s time to be holding our elected officeholders to account for what they’re going to be doing and being as they serve us in Washington, D.C.  We have that right.  We must be exercising it.