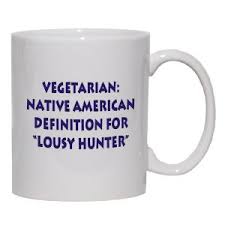 “Big difference between the legend and the real thing,” groused Hawk Feather.  He sat, blindfolded and shivering, on an old, hard stump.  He was trying to listen with wise ears as he’d been taught, but all sorts of weird, unidentifiable noises were crashing the party.

Oops.  He’d been grilled on The Rules.

Okay, maybe the spirits aren’t paying attention, or might cut me some slack, considering I’m FREEZING MY BUTT OFF out here.  Funny how 14 seems so old among the gang, but out in the middle of Where The Great Spirit Left His Moccasins it’s cold and lonely and suddenly I don’t feel so whoopee.

He sat remembering his father’s attempts to counsel him about learning the sounds of the forest.  The point was to instantly be able to pick out strange noises from the regular, normal ones.  He guessed.  He was embarrassed that he’d blown off all that hoo-ha as just so much Old Ones stuff.

Teeth chattering, Hawk Feather sat there trying to make his ears reach out.  What–was that?  Animals, yeah.  Maybe hungry ones with a taste for, say, rare bird?  There COULD be weird, creepy two-legged animals, too.  Like Old Man—wait!

It felt like even his heart stopped.  Can a heart hold its breath?

Oh, great.  Fine.  Not only was he out where he’d never been.  Cold.  Hungry.  Anxious.  Yeah, okay–frightened out of his gourd.  Now came one of those high-mountain thunderstorms!  The only thing good about them was that they left almost as quickly as they blew in.  Speaking of gourd, I am totally thirsty and could sure use—

Okay, that tears it.  I KNOW there was at least 14 inches of airspace between my butt and this stupid stump, the WIND was trying to blow me into the next zip code, and NOW I’m SOAKING WET!  “But you must not under any circumstances remove your blindfold!”  He wagged his head, silently mouthing the words.  Oh, this is just insufferable.  Just LOOK at my HAIR!  If he weren’t so miserable, he’d be pleased with his comic routine.

After about 3 years of a really crummy night, the sun finally began to warm him and dry him out.  Dutifully, he waited until he could begin to see light working its way through the soggy blindfold.

Patience isn’t the ability to wait. It’s how you behave while waiting.

Part of him hesitated before reaching up to pull the soaked, smelly cloth away from his eyes.  I will remember this.  I’ve never felt more lonely and forsaken.  Hawk Feather realized, after all, that something significant had just taken place.  Might as well get this stinking thing off and figure out where I am and how to find my way back. 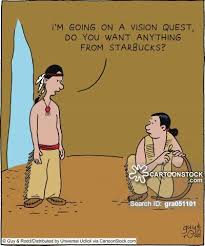 He pulled the wet blindfold off, blinking in the bright morning sunlight.  He raised his eyebrows as high as he could, opening his mouth and making a face to widen his eyes.  After a few seconds to assure his eyes were clear, he glanced around to see—

“Dad?”  Unknown to him, his father had sat on a nearby stump throughout the entire night, watching over his young son.

Both father and son were smiling with pride as they walked together along a path his father knew well.

“What, dad?”  They’d both stopped and his dad waited until Hawk made eye contact.

“You’ve earned the right to know your ancestral name.  You are from now on known as Haa’hae’ameohtse:  He-Who-Walks-With-The-Wind.  You’re a Wind Walker.”

As they turned and his father’s big arm settled around the lad’s shoulders, Hawk Feather thought, “Wow.  I’m a Wind Walker?”  Even the sound of it brought chills to his back and new strength to his backbone.

His father smiled to himself as he felt his son unconsciously straighten and square his shoulders.  This was the beginning of something wonderful, and he knew his son would never forget this night.  As they walked along together, the older man mused:  I remember only too well how often I got impatient, wanting my dad to take me out to experience this years before I’d earned the right.  I wanted what I wanted, when I wanted it.  I realized later on how wise my father was to make me wait.  There is as much growth through the discipline of waiting on others’ wisdom as there is in the actual rite itself.  And now it is me and my son.  Huh.

They’d topped the last rise before reaching their village.  The younger boys had been watching and immediately came running and shouting, “What’s your name?”

Hawk Feather glanced at his dad, pulled himself straight and looked them each in the eye as he said, “I am Haa’hae’ameohtse!”  The boys, every one his friend, were slack-jawed in amazement that a Wind Walker lived among them and had played with them.  Respectfully, they turned and ran off, knowing he would join the men from now on.

He stood watching his former playmates slow to a walk, a curious feeling welling up in his chest.  Looking around, he realized his father had also quietly slipped away, leaving the young man standing alone.  Grandfather must’ve done that for Dad, too.  It’s like he’s showing me the same respect as all my friends …  And to think that all this time I was a Wind Walker and never realized until now what all that means.  Huh.

It is possible to be so eager for something and demand it that you get ahead of God, of His perfect timing.  You and I have both lived long enough to prove that’s a colossally bad idea.  Right?

I realized later on how wise my father was to make me wait.

Maybe you’re the one seated on the stump.  Suddenly all your magnificent ideas of how wonderful the experience would be have been blown away by the winds of The Way Things Really Are.  Suddenly the silence isn’t so silent and you’re hearing things you can’t identify, realizing there is all around you a multidimensional reality you always thought was made up.  Suddenly you’re aware that …

Your Father has been right beside you as He promised.  He wasn’t doing it for you, but He was there watching to be instantly available should you need help.  All those times you believed you were all alone?  He’s been there, guarding, running interference, assuring no one would interfere while you were choosing whether to remain immature or to grow on.

God will always be there.

If you find yourself chomping at the bit, wanting to get on with it, wondering why it’s taking so long?  Remember:  Time was invented for our benefit so things wouldn’t all be happening at once.  God sees it all, has everything scripted and choreographed with Divine Precision.

He’s been at this awhile.  Trust Him and exercise patience.  The storms will come, and the stump will get uncomfortable.  Have patience.  God is working.

After all, patience isn’t the ability to wait.  It’s how you behave while waiting.

The idea for this post comes from Mountain Wings.