Woke up with it running through my mind.  I’ve found the betht way to be thure I can get thome peath ith to thare it with you.

I posted Sister Shirley singing it on Facebook.  Here are the lyrics. 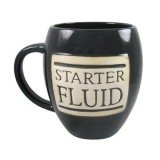 Faith, faith, faith moves God
It will move Him on the throne
When you pray, and you take Him at His word,
He won’t ever leave you alone

In the time of trouble He’ll be there
When the doctor shakes his head
He’ll be there in your lonely hour,
And He’ll do just what He said
He’ll say, Child, don’t worry,
I’ve heard your earnest prayer
Just be steadfast in your faith
For I am the God who cares
You just look to the hills from whence cometh your help
He won’t ever leave you alone
He won’t ever leave you alone

—
© 1993, Shu-Bel Music     Author: Shirley Caesar
I know you’ve read Hebrews 11, known as “The Faith Chapter”.  Even if you don’t consider yourself a particularly religious person, I’m guessing you’ve both read and quoted what that chapter teaches.

Regardless of my or your personal spiritual life, we’ve both figured this out.  Taught it to our kids, and nieces and nephews.  Weird brothers-in-law.  Coworkers.  Others waiting on the bus.

We’ve figured out that whoever wrote Hebrews* pretty much had this nailed:

“The fundamental fact of existence is that this trust in God, this faith, is the firm foundation under everything that makes life worth living.  It’s our handle on what we can’t see.  The act of faith is what distinguished our ancestors, set them above the crowd.”  (12:1-2)

“Right.  Got it.  Takes faith.  Yeah.  Turn the key, with faith this piece of junk is gonna start and run to get me to work one more day.  Faith this WW2 relic office chair that groans every time I sit down is gonna hold me up.  Faith that I can keep my cool around a coworker who works a lot harder to misunderstand everything I say or so than he does at his job.  Actually, I get real spiritual every morning as I pray that car don’t quit.”

I get that.  And I know you’re only half-kidding.  Truth is, neither you nor I get through our day without exercising some faith.

I highlighted the word ‘act’ for a reason.  I know you remember from Mrs. Richardson’s Sunday school class the story of Shadrach, Meshach and Abednego.  “Your threat means nothing to us.  If you throw us in the fire, the God we serve can rescue us from your roaring furnace and anything else you might cook up, O king.  But even if He doesn’t, it wouldn’t make a bit of difference, O king.  We still wouldn’t serve your gods or worship the golden statue you set up.” (Daniel 3:16-18)

“Can” = faith taking a stand.  Those three young’uns weren’t just talking a good line.  They were very noticeably standing up right in the middle of a whole passel of folks who’d bowed down.

Their mere belief got them no brownie points.  Faith – believing – is the starting point.  “It’s impossible to please God apart from faith.  And why?  Because anyone who wants to approach God must believe both that He exists and that He cares enough to respond to those who seek him.” (Hebrews 11:6)

Lemme set this up right quick.  The term translated ‘seek’ here is a strengthened one.  It’s the same one Peter used here:  “Concerning this salvation, the prophets, who spoke of the grace that was to come to you, searched intently and with the greatest care . . .  Even angels long to look into these things.” (1 Peter 1:10, 12)

There’s more, but you get the drift.  Pleasing God by exhibiting faith means a LOT more than just agreeing, “Yeah, he’s God and does miraculous stuff.  Pass the broccoli, will ya?  Oh–and the cheese sauce.”

Fact is, God DOES respond in ways that defy human reason when His men and women take a stand and ACT in faith:  ” ‘Ay, King Nebby–thuck wope.  We don’t need no thtinkin’ thtatue.  We ain’t bendin’ the knee to nobody ‘thept the God we’ve thoived thinth we wath knee-high to a thoat pup.  You do whatevah ya gotta do.  We’re gonna do what WE gotta do.”  (loose translation.  S, M and A were originally from The Bronx.  And, yes, due to a childhood upscuddle with a bike handlebar, Shad had a lisp.)

Sometimes it takes as much faith to leave the means, resources and timing up to God as it does to take the stand and ACT IN FAITH in the first place.

“Life is a series of experiences, each of which makes us bigger, even though it is hard to realize this. For the world was built to develop character, and we must learn that the setbacks and griefs which we endure help us in our marching onward.” – Henry Ford

“Success is not final, failure is not fatal: It is the courage to continue that counts.” – Winston Churchill

“Character cannot be developed in ease and quiet. Only through experiences of trial and suffering can the soul be strengthened, vision cleared, ambition inspired and success achieved.” – Helen Keller

“Leaders aren’t born, they are made. They are made by hard effort, which is the price which all of us must pay to achieve any goal which is worthwhile.” – Vince Lombardi

“We gain strength, and courage, and confidence by each experience in which we really stop to look fear in the face…we must do that which we think we cannot.” – Eleanor Roosevelt

Does everyone who takes such a stand for God get rescued like those three?

Nope.  Sometimes God chooses to use the stand – the ACT of faith in a different way that makes it clear to all involved:  there’s a GOD in His Heaven, and He does, in fact, reward His men and women who stand in faith when it would be so much easier to compromise.  Sometimes it takes as much faith to leave the means, resources and timing up to God as it does to take the stand and ACT IN FAITH in the first place.

It takes more than a casual, “Yo, God,” however.  There’s a whole lot more punch in that ‘seek’ in verse 6 than we all like to toss around.  It’s not a take-it-or-leave-it deal.

Living by – acting in – faith that God’s got your back, front, sides, top and bottom is fully intentional:

YOU GOTTA WANNA.  Ask old Elijah how simple it was to take his faith-stand on that mountain top, surrounded by hideously-angry men bent on putting him out of his misery.  Ask Daniel what lion-breath smells like.  Ask old John how that bath in oil felt.  When you get there, ask Jesus what that full-body radical back ‘massage’ was like.

You gotta wanna to act in faith that God’s Who, What and how He says He is.

But when you do, ain’t nothin’ even comes close to the joy and sense of fulfillment you’ll get as God responds!

Your personal faith in God is never, ever misplaced.