As a little boy, my first impression of the huge turbine generators down in the mysterious power house of eastern Oregon’s McNary dam was one of stunning, hair-raising, unlimited energy.

My father worked on the dam forever.  I know he had other careers before the advent of Dan.  I remember none of them; to me, my dad was with the U. S. Army Corps of Engineers, and worked at McNary Dam. 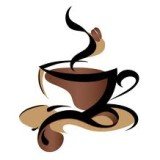 He took me over there a lot.  Looking back from the vantage of 62 years, I understand now.  Days and weeks of descriptive talk could be totally outclassed – rendered useless – by a visit or two:  the fish ladder, the counting house, the locks, the substation humming with electricity — and the power house.

Those engines of power never failed to impress me, no matter how disillusioned, smug and self-assured I got as a teen.  I never outgrew the ability of those huge turbines to make me feel small, to force my spirit to it’s knees.

Heaven’s power house makes all the amazing energy produced by McNary Dam puny in comparison.  Miniscule.  Pathetic.  Everything about Heaven’s Control Room speaks of all the Universe’s power and unchecked energy concentrated in that single, sparking, sparkling place.  It’s as if anyone there feels that there’s NOTHING THAT CAN’T HAPPEN WHEN THAT KIND OF POWER IS FOCUSED ON PERSONS OR EVENTS.

Over the door is a huge inscription:  IN THE BEGINNING, GOD . . .

You know what the Bible says about Him.  He lives in unapproachable light.  His Word and words will never pass away.  His thinking and acting are so far above and beyond ours we can’t know or understand it.

You’ve read in OT annals what happened when ONE of God’s warring angels had to show himself and take a hand in human events.  Those shimmering, megapowerful servants of The Most High exist, according to Hebrews, to serve those of us being saved.  Yeah.  You and I.

In Heaven’s power house, every one of those mighty warriors bow before God.  It’s instinctive.  As magnificently empowered as they are, it’s as instinctive as it was for me as a boy to cower and feel the hair rise on my neck whenever anywhere around McNary Dam’s awesome power-generating turbines.  In God’s presence, before The Creator, even the most powerful bow – now by choice, or one day by force.

Know what instantly galvanizes those limitlessly-powerful warring champions of God to action?  What gets ’em up from bowing and unleashes their instant and unlimited ability to intervene, no matter what the situation?

When you and I pray.  When we bow head, heart, mind and spirit toward Heaven, we set loose power and ability and resources we know nothing about, usually until way after the fact.

We’ve been equated with sheep in the Bible.  Not exactly complimentary, ay?  Sheep get ridiculed, laughed at, scorned, derided.  Not the brightest of creatures.  There’s one time when nothing, including The Adversary – Satan himself – can withstand Sheep Power:  when the sheep gather together to pray.

When the sheep of His pasture get together to pray and believe in God’s answer, things happen.  There’s an instant scurry in Heaven’s Power House as God’s bowing Spirit Warriors suddenly spring into action in ways that make Pixar’s special effects people drool.

Every Sunday, some chosen sheep gather in a special room to encircle our pastor, praying specifically for him personally and his ministry and leadership that day.  We’re all different ages, because we include our teens, showing them by example what real intercession is – just as Daddy showed me what a hydroelectric dam’s power house was like just by letting me walk through it.

We change from Sunday to Sunday so that everybody in our worshiping fellowship gets the responsibility and stunning privilege to feel, know what it’s like to gather with other believing sheep and pray power and protection over our shepherd.

The only ones who think it’s no big deal are those who’ve never joined hooves with other sheep to pray this way.

Heaven’s not the only place where God’s awesome Power can be felt.  The same thing is available in that little place in our church, up behind the platform, where each week a hardy little band of young-and-old sheep join in believing, powerful praying.

Want to know if it’ll work where you worship?  Get it together.  Try it.  Then ask your pastor if he can sense the difference as he leads – shepherds – you.

Your church – and more importantly, you – will never be the same.

And neither you nor he will ever again want to try to get by without it.