Okay.  I knew that Voice.  Heard it often enough.  Really odd, though…  as a boy, I could have sworn on a stack of GRIT newspapers that God sounded a lot like my dad.  Across the years, that Voice sounded like other significant people in my life.  In fact, I remember this one time– 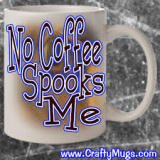 Notice things?  Well, of course.  Hee-YAH-ah.  I mean, like who’s gonna pull one over on GOD, right?  Not-anything-You-can’t-do, nothin’-too-big-for-God, like that.”

“Odd you should mention that.”

I ever bring up how uncomfortable I feel when God starts digging around my roots?  Sorting through my thoughts from the inside-out?  It’s not like He tries to make me feel small or anything.  He doesn’t need to; not His style.  My spirit has a proximity signal, an alert that makes me more and more respectful, appreciative, genuinely awestruck, and, yes, definitely small the closer to God I get.  Well, I mean, unless I’ve been doing my fencepost imitation and being…  being…  recalcitrant.  Yeah.  That.  Then things can get a little abrupt, see, because—

“Why did I choose to heal you and keep you here?”

Oh, boy.  I know how trying to respond to God’s questions worked out with Job.  Man, I get nervous when God waits for my answer.  This wouldn’t be rhetorical, would it, Lord?

I had no idea there were crickets in Heaven.

Um, I’m here because You want to write more things through me.  You want for this part of my life to be spent writing things that lift, encourage and challenge other people:  books, articles, devotionals and even speaking, all of which is Your way of taking care of me as long as I live.

Wow.  When God smiles, you can actually feel it.

“What has you so troubled that you’re preoccupied and not listening to Me?”

A couple of things, Lord.  One is this midterm election.  My mind knows You’re God and that nothing ultimately happens outside Your will.  I also know that within the framework of Your sovereign will, you often let us experience enough of the consequences of our own stubborn choices to hopefully teach us something.  No hyperbole here:  outside the years of this nation’s Revolution, I don’t know when we’ve been closer to the destruction of who and what You made us as Americans.  We’ve an immature and narcissistic upstart President who openly courts our enemies and Yours.  I don’t see how that can continue.  I know You’re God.  What you’re capable of.  But I’m worried.  Really worried.  There are too many who’ve come out of the woodwork like the putrid hyenas of the bug world, disease-carrying roaches, whose only thought is to hold onto power and line their own pockets while playing games with and stepping on all the rest of us.  Without You, Lord, I don’t hold much hope for America.  It seems sometimes like those whose only thought is to kill off any mention of You and Your Word, and who want to make ANY Christian standing for Biblical truth a criminal, no matter how loving, are circling Your people like a flock of vultures.

“Thank you for being honest.  That’s one.”

Aw, the other one’s kind of small apples.  God, I’m just tired of all these different flavors of antiGod, -Church, -Bible, -decency types all getting their skivvies in a wad over Halloween time.  I know it doesn’t faze You.  But, Lord, we now have people living among us who are literally as bloody and kill-crazy as all those X-box games rated “M for Mature”.  We can talk about the spiritual disaster of letting our kids grow up drinking all that mayhem in while we’re trying to teach them Your ways another time. . .  It’s no game down here, Lord.  It seems every law is being bent and horribly twisted to give every favor to those who hate You and Your people, and just the opposite with good, decent, moral people.  There are innocent people being bludgeoned, gutted and having their throats slit.  There are tiny humans being routinely and casually stepped on like that spider I killed in the garage yesterday.  Your rules, God – YOUR RULE, YOUR WORD – are being cynically, offhandedly jettisoned.  Thrown into the garbage disposal.  We’re in ‘Romans 1’ land, God.  There seems to be no fear of You, no regard for Your law.  And far from merely ridiculing and making Christian folks seem like idiots, it feels and looks like all the animals and creeps who’ve been until now held in check by what I can only call the Forces of Good are dead-set on discrediting and destroying Your men and women who still have the guts to stand for You.  And it doesn’t look like anybody’s stopping them.  Honestly?  I’m disgusted and angry at You for just letting this go on!  All it does is give those who don’t or won’t love You more fuel to scream their defiance.  It’s making things a little rough on those of us who still love You and are trying to live for You down here.  A little help, a little – okay, a lot – of intervention would be very much appreciated!

“Thank you again for leveling with Me.  Not small apples after all, is it?”

Well, when are You going to DO something besides sit and watch?  We’re drowning, here.  Outlawing Scripture references, making Christian values seem hideous and deplorable, allowing crosses and other Christian symbols to be torn down or destroyed – all the while just letting everybody who can’t stand being told the least thing the Bible teaches just whale away at Your people.  It’s like somebody declared OPEN SEASON ON CHRISTIANS and then handed everybody else free weapons and ammo.  And, AND a Get-Out-Of-Jail-Free card!  I mean, come on, God–DO YOU LIKE THIS?

I’m, ah–listening now, God.  I could hear the steel and titanium and whateverelseium in His Voice when He said that single word.

You know all those proponents of the ‘Daddy-God’ mentality?  “Oh, God’s my Heavenly Father who just loves the stuffin’s outta me; I can tell ‘im what I want and it just tickles and pleases Him no end to give it to me!”

As a kid I could tell the difference between Daddy shaking his head with a half-grin and saying a gentle, “No…” and feeling the heat of his gunmetal-grey eyes as he commanded a rock-jawed, “NO.”

God’s one-word answer was of the latter kind.  It made my Daddy’s pronouncement seem fuzzy, indistinct.  I managed to withstand the temptation to fill the hovering silence with any more of my ‘wisdom’.  I waited.

“What gives you the impression I’ve never seen this before, never dealt with arrogant know-it-alls who can run everyone’s life but their own?”

“My men and women have always been in a minority.  That has given those intent on ignoring Me and subverting or altogether abusing My Word the notion their superior numbers  validates their claims to being okay without Me.”

“They couldn’t be more wrong.  Yet the more I try to shower My love on them, the more they take license to sneer and turn their backs on everything I’ve put in place for everyone who’ll receive it.”

“You’re right.  For too many, the stark facts of Romans 1 are being painfully displayed in their daily lives.  In every realm, sadly even in portions of My Church, the consequences of their willful and consistent choices against My clear teaching are more and more apparent.  Even if I were to instantly heal them of the despair, diseases and their effects in their lives, way too many of them would spit at My hand reaching out to them and go right back to what brought them such pain and misery in the first place.  It isn’t that I am unable to save and forgive.  It is that they are unwilling to receive and accept.”

I realized I’d been holding my breath.  I let it out in an unintentional sigh as this magnificent, multi-modulated Voice that spoke galaxies into being dopplered back and forth across Time and expanded throughout Eternity.

“My mind is uncomplicated by Time.  My activities exist beyond your dimensions.  I don’t expect you to understand because you cannot.  I’m asking you to show patience and grace as you continue to pray My will be done where you are just as it is where I am.  I don’t want anyone to miss being with Me and My people; but I won’t make you wait forever.  I know those who are authentically Mine.  I know how to strengthen and empower you as you live and witness daily as close to My Word as you are able.  And I know how to cover and protect you when it becomes necessary.”

He seemed to pause, as if focusing His thoughts once again on me, here, today.

“When it seems like nothing’s happening after you’ve been praying?  That’s when the most is happening; you just can’t yet see it.  Have faith.
Oh–and keep your eyes peeled.”

Hey.  Daddy used to say that.