“Any idea what all Grace covers?”

I guess I shouldn’t be surprised by now at anything God does.  I’ve walked with Him for most of my life.  It’s still magnificently impressive when He just quietly sits down in the booth across from me and asks a question. 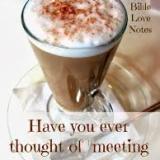 You?  Well, you’d likely be cool and have an answer ready.

See, I had my fork loaded with scrambled egg and hollandaise-covered country fries.  There might’ve been a bite of sausage right there at the end.  I don’t remember, because the whole load got stopped about 4 inches from my mouth.  Freeze frame.

Remember the E. F. Hutton ad?  “When E. F. Hutton speaks, everybody listens.”  That one?  Carman did it one better:  “When GOD speaks, EVERYBODY listens–EVEN E. F. HUTTON!”

Anyone looking on might have squinched their faces at the weird man with geezer-like looks sitting in a booth, food getting cold, staring at the empty space across from him.  What?  You thought God would appear to everyone, like the angels in the Christmas thingie?

Naw.  That’s too simple.  Were God to do that, everybody in the place would’ve been acting and talking way different.  Perhaps you’ve noticed that God rarely does things the way we think He should.

So the question literally came out of nowhere and everywhere.  I’d heard that Voice before, back in February of 2003 . . .

Perhaps you’ve noticed that God rarely does things the way we think He should.

“Do you want to be healed?”  All of life changed for me that day.  You’ll understand, then, my reticence to say a word without considering every syllable.

See, it dawned on me, seated there enjoying some hot joe in Jimmie’s Diner, what was happening.  Literally.  That little booth seemed to get brighter around me, as if the molecules were being stuffed with extra light.  The ceiling fans were running, but where I was the air seemed still in an expectant sense.  My mind and spirit were like an 8-year-old-kid on Christmas morning, all a-jitter and vibrating with wanting to tear into those presents but held back by Mama’s ‘The Look’.

Business went on as usual all around us, yet where we were there was a calm.  It had a lifting intensity to it, different.  Peaceful.  Assured.  Safe.

I needed no fanfare to remind me of the identity of my Guest.  In fact, even that idea is backwards.  It’s HIS Universe, HIS galaxy, HIS solar system, HIS world.

As much as I like to think I’m in control of a few things in this life, I’m the guest here.  This is certainly not Home.

Back to The Question.  You know, I’m learning something about God.  Since Time isn’t a value with Him, He’s okay with sitting quietly.  I’m learning to be okay with it as well.  Not a bad habit, actually . . .

I’d been considering, pondering His question all this time.  He simply sat, observing with the ease of an architect looking at his own design, letting me arrive at my own conclusion.  It was so real that I got a weird look from Rizzo when I asked for a second cup of java . . .

I felt His attention directed at and within me as I made several abortive attempts to say what I was thinking.  Ever been watched from inside?  Wowsers.  I tell ya, friend, close encounters with The Sovereign Creator of All Stuff are downright memorable!

Oh, yeah.  The Question.  You’re waiting on my answer.

So was God.  You ain’t seen ‘patient’ until you’ve experienced His brand.

I struggled with how to put it, then realized the folly in that.  God knows because He reads the heart.  I said it the way it formed in my mind.

“Lord, I can’t think of a single thing Your grace doesn’t cover.”

The last thing I remember seeing was the gentle, approving smile.  I had no idea God has dimples.

Tell ya this, though.  Something special happens when God sits down with you for a chat over coffee.  Even Rizzo felt it.  I saw her quietly looking at the additional cup of coffee she’d poured  and set across from me in what seemed to be an empty space.

The cup was half empty.