It can all be gone in a matter of minutes.

Ask anyone who’s survived a hurricane or tornado striking.  A major accident.  A life-threatening disease.  Life as you’ve known it, become accustomed to it, can abruptly change. 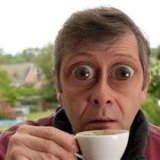 So can everybody.  Those whom you’ve become very used to having around can easily, quickly disappear.  With so many changes swirling around in this life, experiencing what you have and whom you have suddenly shifting as well can be a devastating thing.

If you’ve lived long enough to decide shaving is a pain in the backside, you’ve experienced that.

I know you know this:  it’s not what happens to you; it’s how you choose to deal with what’s happened to you.  I’m suggesting some proactivity on your part for when the next time like that hits.  Eventually, it will.  And this suggestion might make all the difference.

Stop operating from “TO-DO” lists.  It’s okay to make them and use them.  If your mind’s like mine, they’re non-negotiable items.  But stop making them the hood ornament, the crown of your day.

Instead, begin building a “TO-BE” list.  What you are is of greater impact than anything or anyone you have.  The ‘haves’ can be taken from you in a heartbeat.  What you are will always remain because it derives from inside you.

Listen to this from Nido R. Qubein:

“The people who I admire most don’t live their lives by a “to-do” list; they live their lives by a “to-be” list, for example: I want to be more generous, more patient, more learned, more reasoned. While you can check things quickly off a “to-do” list, it may be several months before you cross something off your “to-be” list. And here’s the other side of the coin: You can’t have a “to-be” list, without having a “stop doing” list. To become something, you must undo something…acting on an item from your “stop doing” list.”  –from Seven Choices for Success and Significance

If I asked you to come up with a saying about the importance of who and what you are, I believe you could sit down right now and write one or two good ones.  It isn’t that we don’t know better.

There’s a reason those things Jesus said that day on the mountainside have been labeled, “The BE-attitudes”.  They all involve much more of who you are than anything or anyone you have.  No one yet has ever mistaken them for “DO-attitudes”.

So.  Let me leave you with three questions.

Answering those honestly will give you a great starting point.  Natch, it’s pointless to be dishonest, right?  Being evasive with yourself is the height of silliness and a waste of good air.

“Well, sure.  But you said there are three questions.”

What are you gonna do about it?