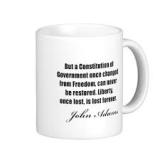 I think and pray purposefully about what to put in this space.  I’ll honestly tell you I’m totally sick what passes now for the entire political process.  I’m even sicker at the kinds of things being done to enable people to trick their way into elected office – often with the blessing of persons who ought to know better.  Therefore, I’m including this article I just received from Gary Bauer, Director of the Campaign for Working Families.  The CWF is responsible for this – not any candidate from any party.  Please–read on . . .

To: Kansas Friends & Supporters From: Gary L. Bauer – Why I Stand With Pat Roberts

My friends, it is difficult to overstate the importance of the 2014 elections. America has suffered too much under the Obama/Reid regime, and I don’t want us to suffer any more. That’s why taking back the Senate is so important. If we can kick Harry Reid out of the Senate Majority Leader’s office, we can begin to undo much of the damage Obama and Reid have done to our country and our values.

But that won’t happen if we lose the Senate race in Kansas.***   That is why I am standing with Senator Pat Roberts. Now, I know there was a bitter primary battle just a few weeks ago. For some the wounds are still sore. While it would have been my preference for the party to nominate a younger, more vigorous candidate, the fact is Senator Roberts won the primary. I know there were some big issues that came up. But when it comes to representing Kansas values, Pat Roberts does the job well. He’s got a 98% Lifetime Score on Campaign for Working Families’ Congressional Scorecard. Where I come from, that’s a pretty good grade.

Democrats dumped their own candidate and are now backing Greg Orman.

Do you want Harry Reid to continue to control the Senate?

Do you want Obama to go unchecked for the last two years of his presidency? If the answer is “No,” then join me in supporting Senator Pat Roberts on November 4th.
*** You may think this political hyperbole; it is not.  That’s why the Orman campaign has gone to such lengths to hide his true political roots.  They’re thinking if they can manage to obscure the truth about this candidate until he’s elected, he can show his real colors at any time.  After all, that’s what the President’s done.  It’s what Harry Reid has done.  Seems like that’s what Candidate Orman will do, too, unless you stop the foolishness and trickery.  By the way, stating facts and pointing out the whole truth about a candidate is not lying or spinning.  It’s not racist, either.

Thanks, everyone, for taking time to read and think about this.