There was a hesitant, ragged chorus:  A bunch of “Hi, Dan.”  “Yo.”  “Hey, dude.”  One guy dressed like I always imagined lumberjacks would look muttered, “You go, man.”  I envied his boots.

Encouraged, I continued.  “I’m also a putative writer.  I often find myself in a hypnopompic euphoria making it essential to keep a notebook and pen on my bed stand.  It’s the only way to capture my occasional mental outbursts of lucence.” 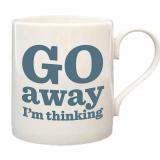 Out of the group of 19, three picked up on it.  Paul Bunyan had a half-smile which was all but hidden behind the ubiquitous beard.  Two others were widely grinning in a way that made their ears look like parentheses:  a guy who looked homeless and a woman whose sell-by date had passed back around ’79.  Her face would have fit right in being displayed up on ‘that’ shelf in Spangles; but her eyes?  THEY DANCED.  She was a survivor.  I can always tell.

The rest of the group’s eyes were big and round, going “Hunh?”  Well, except for the dreadlocked guy in the wifebeater sporting sleeve tats.  His eyes were kind of at half-staff.  Probably had a recent idea that had died.

The group was expecting a story . . .

“I need the kind of help that comes with a side order of help.  I have a couple of things that are incurable:

“I rarely laugh AT anybody, except for ‘progressive’ know-it-alls who never have a sense of humor to begin with.  You know the kind:  a burned-out or inoperative emergency brake or a delay circuit between brain and mouth.  No matter how outrageous, offensive or unsupported by facts, whatever forms in their minds just POPS out like those cheap little party favors that go (stick your finger sideways in your mouth, make a cheek-bubble and pull) and toss 7 – 8 pieces of confetti.

“If you can laugh at it, you can get through it.  Even YOU.  If you can LAUGH AT YOURSELF, YOU CAN PERSEVERE.  YOU WILL MAKE IT.”

Bewhiskered Paul:  “So what about the poppers?  They’re always the ones saying, “What YOU say just horribly OFFENDS me.”  I had to grin; he was wagging his head, mimicking a lisp.  Definitely not your basic PC type.

I paused for a split second, assuring myself he was asking an honest question.  He was making eye contact with me, waiting for my response.  Who was I to disappoint?

“My response is, ‘That’s on you, not me.  I wasn’t talking to you, this conversation’s none of your business, anyway; and you’re as free to agree or disagree with my opinions and ideas as I am free to have and articulate them.  I’m amused that you somehow believe your approval one way or the other means anything.  I’m further amused AT you, primarily because of that slack-jawed, shocked look you get when—yeah.  That’s the one!’ “

The cynical half-grin was still in place but he was slowly nodding.  I chose to move on.

“I’ve had a few trials here and there, just like you.  I found that taking either them or myself too seriously only made me more miserable, irritable and unpleasant to be around.  I learned early on from my mother:  whatever’s going on around you or happening to you, make a game of it.  Find the humor in it and have a good, unpretentious laugh at it and yourself.

“Like the time I was recuperating from yet another small gut resection.  I was helped over to a chair to sit up for awhile.  In itself that was okay because hospital beds are never intended to be comfortable.  I had, however, what are known as mitigating circumstances:  at least one IV and  two catheters, one a Hickman sutured into my chest and connected to an IV tower and pump; the other a Foley not sutured anywhere but to which I gingerly paid grudging homage.

“And an NG tube.  Those nifty little buggers are stuck up your nose and then down your throat into your stomach.  The intent is to keep everything out of the stomach to forestall nausea.  To a freshly resliced sternum-to-pubis incision, stressful vomiting is not a friend.

“This was my third such resection.  My wife and family had been told there wasn’t enough small gut left there to sustain life.  They expected me to slowly starve to death.  In other words, I was very weak.  Since I’d always been strong and muscular, that in itself was daunting.

“Writers paint with words.  Consider the picture:  I was a basic captive in an impossible-to-get-comfortable-in hospital-room chair, facing a door conveniently left open by RNs and their CNAs so anyone passing could gawk and snicker or go “EEUUWWW.” and hide the kiddies’ faces.  I’d always wondered how giraffes or gnus felt in the zoo.  The least they could’ve done was share the gate with me.  Split the take.  Something.

“Regular hospital gown.  Solid green trim around neck and sleeves, faded blue pattern and so thin one could probably read the bill through it.  Normal vision to the onlooker:  pasty-skinned patient with gunky, yellowish-gray pillow hair, semi-hidden behind surgical-tubing jungle vines either pushing this liquid in or pulling another out.  Unable to move without help.  Nurse call light just within reach.

“Issue:  whoever had inserted the NG tube had thoughtfully used a different kind of tape in securing the rubber tubing to my nose.  It had become gooey, allowing the tube to slide up and out of my stomach, allowing nausea from all the other meds to swiftly develop.  I knew several things almost immediately.

“In my agitation I dropped the nurse call button.  Nope.  No matter how I tried I couldn’t reach it, even with my toes.  I seriously think they make those with autoretractors on ’em.  I could feel the nausea building again, which meant I had to take matters into my own hands.  Into a nearby phone booth . . .  It’s—-  IT’S ELEPHANT MAN!

It’s tough to beat a person who never gives up.

“I probably broke all sorts of sterile protocols, but I figured I was on my own.  I looked around and found something that’s always laying here and there in a hospital room:  extra tape.  The regular stuff you can tear into strips.  I’d done it many a time in ER helping with patients.  Working against the clock – in this case, my roiling stomach – I tore enough strips of it to rewrap my N 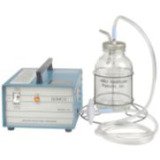 G tube once I put it back.  I pulled off all the sticky, gooey tape that wasn’t holding that tube to anything, wiped the extra adhesive goo off my nose with an alcohol wipe (THAT was an adventure for my eyes!), and gingerly took hold of the tube right at the black mark–and pushed it carefully back down my throat into my stomach.  The Gomco suction pump went, “Schloo-oop” and the impending nausea went away.

“Since I couldn’t see what I was doing, the crossover taping job wasn’t exactly up to code.  But it did help anchor that hunk of irrigation pipe to my nose and keep the end down where it was supposed to be.  Immediate problem solved. YES!  ELEPHANT MAN TO THE RESCUE!   Of course, now I’d worked up a sweat, which when added to the puke-sodden mess all over my gown was seriously chilling me.

“Where there’s a will . . . but I can’t take all the credit.  Babycakes’ sister walked in right about then and stopped cold.  I didn’t blame her; I’m sure by that time I looked and smelled just about like I felt:  a shivering, gunky mess, now very weakened from my exertions on my self-rescue mission – and seriously sick.  She took one look at me, and while she was working up a head of steam, BC walked in behind her.  To define BC’s fury wouldn’t even be in the same area code.  What happened next was . . . well, I was silently in awe.  For the next half-hour, Hell was visiting that hospital wing.  Wouldn’t surprise me if a number of atheists and even a couple of Wiccans who were patients that day are now solidly in the ‘former’ category.  I tell ya, folks, it was impressive!  I believe there are medical staff who were there that afternoon who will stipulate with their hands in the air that Satan is definitely feminine.

“And she has a sister.

“I look back, though, and see the humor of the whole situation.  Come to think of it, I never did see the nurse that afternoon who was supposed to have come back to check on me.  Days later she showed up, nervously slanting her eyes back and forth to see if anyone was in the room with me.

“You guessed it.  If I’m not mistaken, both Hell’s harpies were there.  The poor RN looked at me and said, “I, uh, understand you have some issues with the care you received on my last shift.”  I never even got my mouth in gear.  The Terror Twins lit into her.  She managed to withstand the onslaught for about ten l-o-n-g minutes, then fled.  Since the Terrible Two had already collared her supervisor, they didn’t pursue it or her.  But she never darkened the door of my room again until I was released.

“You know, I’d always wondered how elephants got along with that trunk hangin’ out there.  It’s not a fair comparison, though.  They don’t have a Gomco stuck on the other end.  Was I laughing right then?  Nope.  It was TCB time and I was fighting – again – to live.  But it didn’t take long for Elephant Man to ride again.  Well, okay.  Trample.  Whatever it takes to get there and however I can make it happen.

“That’s my story for tonight.  Any questions?”

Somehow I knew it would be Paul.  Imagine my shock when The Woman of The Dancing Eyes grinned at me and softly asked, “Now, what do you suppose is the theme song for THE ELEPHANT MAN series?”

I grinned back and said, “I don’t know.  But I’d be happy to discuss some ideas with you over coffee later.  I’m buyin’.”  I’m a writer, and that woman had a story I wanted to hear.