forage  noun – a wide search over an area in order to obtain something, especially food or provisions.

Solomon was a little kid before he was “The Wisest King Who Ever Lived”.  He had to be trained.  Yes, you in the pink-and-green plaid Bermudas – including potty training.

The biggest mistake you can make is to look at the finished, polished, experienced, stunningly-amazing adult product and forget that sparkling person was once a little twerp, too.  Into everything.  Going everywhere.  Bugging everybody. 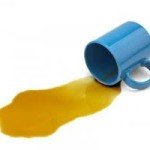 We’ve all come to our ‘now’ that way.  Somebody had to put the brakes on in their adult life to spend years teaching you and me everything they could.

Their sincere prayer was that we might choose to remember a little of that instruction.

Listen, friends, to some fatherly advice; sit up and take notice so you’ll know how to live.  I’m giving you good counsel; don’t let it go in one ear and out the other.

When I was a boy at my father’s knee, the pride and joy of my mother, he would sit me down and drill me . . .  “Take this to heart.  Do what I tell you–live!  Sell everything and buy Wisdom!  Forage for Understanding!  Don’t forget one word!  Don’t deviate an inch!  Never walk away from Wisdom–she guards your life; love her–she keeps her eye on you.  Above all and before all, do this:  Get Wisdom!  Write this at the top of your list:  Get Understanding!  Throw your arms around her–believe me, you won’t regret it; never let her go–she’ll make your life glorious.  She’ll garland your life with grace, she’ll festoon your days with beauty.”  [Proverbs 4:1-9, The Message]

See, Jesse didn’t know when he was little that his son, David, would one day be king.  Never knew when David was a little twerp that his grandson, Solomon, would one day sit on the throne his father held.  Jesse was like any thinking dad taking an honest look around him.

Jesse never knew what, for sure, God would call his sons and grandsons to do or be in this life.  But he did know he didn’t like what he saw and wanted his boys to be worth something.  He wanted David and his brothers to counterbalance the self-absorbed, petty boys his acquaintances were raising.

“Then why are you talking about Jesse?”

Someone trained David.  And since David was so strongly adamant about pouring this truth into Solomon’s mental sponges, he must have chosen this stuff to retain.

As an adult, himself now having been king of a nation fraught with all sorts of challenges, Solomon made the time to sit down and write down what I just passed on to you.

“Wouldn’t it have been simpler to just sit Rehoboam and Jereboam down and tell ’em?”

Not in the long run.  See, Solomon knew his sons.  Neither of them were growing up so much as growing tedious.  They wanted their ‘old man’ to hurry up and either die off or hand over his throne.  Sure, it was insulting–just like the account of the prodigal son.  And they weren’t the first or last sons to figure their dad was functionally clueless and they would, could do better if unfettered by the chafing rules of Pops.

“Ree?  Jer?  How’s that superiority theory of yours workin’ for ya?”

Turns out that Solomon was wiser than his sons ever knew.  He knew they’d not listen to his advice, so he wrote it down for those coming along later who would.

Yep.  I recommend your working your way through them at least once a year.  More often is more better.

“So, you started with a definition . . .”  Right.  I sort of knew what forage means but I wanted to be accurate.  It’s not a commonly used word now in techy circles.

Something tells me it’s one with which we all need to become better acquainted.  David knew what foraging was all about.  So did my daddy.  They passed those lessons down to their sons:  “Instead of just throwing stuff out, see if it can be fixed.  Look around at what others are getting rid of; see if it’s something you can use so you can save your money for real needs.”

“You don’t think we know that?”  Some don’t.  When as chronological adults they can sit and whine that no one’s taking care of them or providing for their basic needs, there’s a definite disconnect somewhere.  Either they were never taught or they refused to learn.

Something tells me some trying times are ahead for those who will not get off their butts and start looking around for ways to take care of themselves and those for whom they are responsible.  Sooner or later, Wisdom and Understanding are gonna yell, “Party time’s over, y’all!  Free handouts to anyone able to work are officially done!  Not only are we tahred of footing the bill for y’all’s laziness, we don’t have any more to spend on propping all y’all up.  Do something new and different.  Go find work!”

“Seriously?  You really think Solomon was thinking like this?”

Read it for yourself.  See how often Common Sense, Wisdom and Understanding are mentioned.  Consider that he’s known as the wisest man who ever lived, outside Jesus Himself.

Gerald W. Johnson wrote, “No man was ever endowed with a right without being at the same time saddled with a responsibility.”

Next time you hear someone squeal, “I know my rights!”, just tell them, “Well, goodie.  Now get busy knowing the responsibilities that go with ’em.”  Then brush on past them and get on with foraging.

Wisdom and Understanding are still waiting.