“Wait.  It’s Sunday morning.  You have quiet time on Sundays?  I mean, you got church and all that spiritual stuff.  You know–Sunday school and like that?”

Yeah.  I do.  That’s for us, together.  It’s a corporate thing.  We’ve been in Wichita, Kansas for years, associated with several local churches during that time.  In each one are super, never-to-be-copied, one-of-a-kind brothers and sisters in faith.  They’re part of my Christian family.  Every Sunday, we’re coming from all over the greater area to gather, study, praise, give and listen–every one of us serving Christ and each other in so many ways. 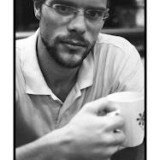 There’s nothing – NOTHING quite like the people of Christ coming together to worship!  It’s encouraging, uplifting, strengthening and challenging all at the same time.

But my quiet time is between me and Him.  It’s between me and the one who saw the miserable hash I’d made of my life and did something about it no one else could.  The One who showed ultimate love to me by giving Himself for me.  The friend who sticks closer than a brother.

See, my brothers and I are close.  The one who’s also a chaplain and I are very close.  Yet Jesus is closer; he knows me better.  He knows every little thing about me.

And He still loves me.  Wants to spend time with me every morning.  Listen to me.  Talk to me.

Quiet time is for the two of us, God and me.

Yep.  But I couldn’t let this ride.

Think copperhead, as in snake.  A fellow USAF vet posted a video on Facebook showing something I’d heard about but never seen.  FB –> Lawrence Oldham.  He’s sharing a video taken by a Sam Billister, but you’ll have no problem IDing the short clip.  Watch it.

Whoever shot the video shows a nice, fat copperhead snake minus its head.  The body is writhing as the nervous system shuts down, but the severed head is clearly cut off from the body and laying by itself.  Occasionally the snake’s tail brushes against the separate head.

The severed, separate head sinks its fangs into the tail of what was its own body.  From the spirited reaction, even the dying nerves in the snake’s body know:  there’s fresh poison coursing through them, killing and destroying.

Point:  Sin kills.  That’s its nature.  See, I once killed a copperhead that had left the lagoon it normally lived around to explore our house.  I didn’t like that idea, so I killed it by—

You guessed it.  Cutting off its head with a shovel.

Then I turned my back and resumed doing what I’d been doing before seeing the snake’s tail disappearing under some stuff laying by the house.

No, I didn’t mess with the severed head.  Other than showing BC the body to prove copperheads DO in fact find their way to Kansas, I disposed of the whole thing.  I wanted nothing more to do with it.

Some still believe the concept of sin is hogwash.  I believe otherwise, primarily because God clearly speaks of it in the Bible.  I’ve also lived long enough to watch it play out in people’s lives.

Sin bites.  And even when you think it’s dead and gone, Sin’s nature is to steal, kill and destroy.  Might want to leave it entirely alone.