Nothing’s over until you stop trying.

It’s never done until you yourself pull down your own flag.

We know what “quit”, “stop”, and “enough, already” mean.  Right?  A two-year-old swiftly discerns the meaning of “NO.”

There is a place to call a halt, to put an end to useless, unnecessary, passively appeasing or even socially popular reasoning or activity.  If it’s not beneficial to you now, it’s time to put an end to whatever ‘it’ is.  Time to consider what a business friend asks at least once each year, “What’s on your ‘STOP DOING’ list?” 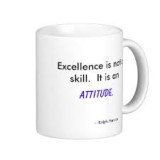 Asking is good.  Asking is our friend.  I had to ask, too, the first time I encountered this meme of truly forward-thinking entrepreneurs.  We all have the same 24 hours available each day.  We fill our 24 with stuff.  Stuff has a way of hanging around long after its usefulness has expired; and, most important, stuff expends Time.  Some stuff is important and needs to be continued.  Other stuff is no longer important and needs to be discontinued.  That does not imply the stuff itself is inherently bad or useless, though such types of stuffi can sneak in.  It means that stuff, for you or I, is no longer helpful, assistive or even necessary.  Ergo, some Time-consuming stuff needs to go to make room for new, better stuff that is helpful and worthy of the Time and space being invested in it.

For years I’ve had three 24″ by 35″ bulletin board panels from an old workstation.  They’re constructed from porous material and covered by fabric, grey on one side and maroon on the other.  They were being thrown out because someone wanted new workstations.  They were in good condition, so I grabbed three.

I’ve rarely had my own office across those years, meaning I had nowhere to pin up all the sundry goodies we all find necessary:  calendar, lists, pictures, pinups of tumbling composters, etc.  Since walls are much more unforgiving than bulletin boards, it seemed a wise save for me.  Those three panels saved many a wall from ignominious contusions.

Moving from place to place seemed to include the automatic habit:  my space was somehow incomplete without my three board members.

“Granted.  Knowing you, I discern a ‘but’ looming.”

I began some time ago recognizing the importance of making my creative space aesthetically comfortable and appealing . . .

. . . to me.  I no longer have a ‘study’ where other people frequently visit.  Pastors have those.  Writers do not.  I was once the former and retain those credentials.  I am now the latter.  Though I have often invited and offered fresh-ground and -brewed coffee, few make the attempt.  Pastors receive visits.  Writers?  Jokes and polite brush-offs.

Not Clancy or Lucado? “Thanks for the offer.  Maybe another time.”  I can take a hint; pass the Tic-Tacs.  Whereas a study is usually decorated to please visitors, my creative space is, I suddenly realized,  much more useful when it’s pleasing to me.

I chose colors that are peaceful and open, that encourage thought and create an environment conducive to who and what I am and do.

Walls in my office are Desert Palm Grove, a lovely shade of medium green.  My eldest daughter, an Eric Fisher-trained esthetician, walked in, took one look and said, “Mm.  A zen space.”  Something to that effect.  At the time I mildly objected, but her trained eye saw the greens, tans and browns and recognized it.  She was and is right.  I take pains to keep my personal space reflective of my personality and calling.

I did mention those offending panels are grey and maroon.

They’re history, having been replaced by a couple of appropriate pictures of mountain waterfalls surrounded by greenery and bright blossoms.  Nothing expensive, you understand.  But pleasant, conducive to peaceful, reflective and creative thought.

Point?  I had to stop the foolishness of maintaining an appearance that pleased others rarely if ever here while daily inducing in me intellectual nausea.  I had to stop packing around remnants of the past that, while useful at the time, were no longer and served as more of an impediment to progress in the present, moving forward.

Nobody has sufficient pull, the meanness, the overbearing influence strong enough to make you give up.  NObody.  If you’re determined to persist, eventually you will.  Nothing, no one for long can or will keep you from your goals.

Nothing and no one, that is, other than yourself.

A man was out walking one afternoon in a park.  Hearing scuffling commotion nearby, he stepped off the walkway and through some trees to find a rather uneven fight between two boys in progress.  One contender was a big brute of a lad, a sneer on his sweaty face as he stood waiting for his opponent to get up.  That worthy was a noticeably smaller boy, nose bloodied, a bruise on his cheek bone and an ear slightly torn.  Taking a few deep breaths, the smaller boy got to his feet and, without hesitating, charged at his astonished foe, arms flailing.

As the man expected, the bigger boy managed to evade most of the blows and with a single punch put his littler antagonist down in the dirt again.  The man then stepped in between the two boys, telling them to stop.

To his surprise, the smaller, bloodier, dirtier of the two respectfully approached him, wiping the blood and spit off his face.  “Please, mister, don’t stop the fight.  This ugly bully’s been shoving me and others like me around and I’m tired of it.  Any time, now, I’m gonna get my second wind.  And when I do, I’m gonna tear him up!”

The bigger kid had been listening, and his face registered doubt.  The man looked at them both, saw the flicker of fear in the one and the resolute determination in the other.  “All right,” he said, “I’ll let you have at it, but I’m going to be watching.”

Without another word the smaller boy launched himself at the bigger one.  Shocked at the ferocity of the little guy, this time he barely managed to stay away from those sharp little knuckles and elbows and knees.  And feet.  The big one knocked the little one down twice more, but more of desperation and superior strength than ability.

The third attack, for it surely was, came with such fierceness that the big kid finally couldn’t keep his guard up any longer.  The smaller fighter tripped him, knocked him down, and proceeded to readjust his smug, bullying attitudes.  Finally, when it became clear the littler guy was the definite champion, the man stopped the beating.

“I told you, mister.  This here’s been goin’ on too long, and I just wasn’t a-gonna put up with it any more!  I know he was bigger, but I was motivated!”

I have no idea if the bully’s shirt was grey or maroon.  But the little boy managed to get rid of it, just the same.  He decided the bully was on his “STOP DOING” list.