Quiet Time Musings for 8/21/14: WHY AREN’T THEY STEALING WORKBOOTS?

The Reverend Martin Luther King, Jr. once said, “Our lives begin to end the day we become silent about the things that matter.”

Reading in Proverbs 10 and 11 this morning, some basic common-sense, decent attributes rise to the top . . . .

“Blessings accrue on a good and honest life….”

“A good and honest life is a blessed memorial….”

“The mouth of a good person is a deep, life-giving well….”

“The road to life is a disciplined life….”

“The more talk, the less truth; the wise measure their words.”

“The speech of a good person is worth waiting for….”

“God is solid backing to a well-lived life…”

“The speech of a good person clears the air….”

“The integrity of the honest keeps them on track….”

“….a principled life can stand up to the worst.”

“….the common sense of the godly preserves them.”

My heart hurts at the events being forced on the good citizens of Ferguson, Missouri.  They’re there, waiting until the storm of political and social rape, usury, graft, theft, destruction of property and loss of business and jobs is over.  And, overriding it all, the cynical, sneering egos and grasping, shriveled, sold-out souls of grown men and women fueling the racial explosions by callously using mindless, directionless, foolish youth who will never become who they might have.

Therein is the greatest wasteland in Ferguson – and in America:  another generation of young men and women being enticed to be dumb, unprincipled, directionless mob-sheep, their bright futures having been dulled by adult men and women who knew what they were doing.

Many of these same men and women were around in the ’60s.  They saw the disruption, the chaos, the horrendous cost to our national soul–and thought to themselves, “If we can just make this happen again, we can get RICH!  And as long as they’re of voting age, we can get POWER!”

There are good people in Ferguson, as there are in America.  I believe there are many more good, solid, strong, decent adults in America than there are the types mentioned above who sicken and disgust us all.

To those of you who are the younger men and women watching all of the looting – open theft and destruction of places where some of your generation had jobs, I have a question.

Why aren’t they stealing work boots?

No, I’m not naïve.  I was around in the ’60s, too.  I know when a kid is encouraged to step across the line with strong adult supervision like being pointed at a local business and told, “Go ahead–stick it to The Man!” and handed a bottle full of gas with a rag wick what’s going to happen.

Every one of those Ferguson businesses offered jobs and steady paychecks to you, younger Americans.  They offered the chance to learn how to work, to learn personal responsibility and to feel good about yourself.  They gave you the chance to watch their owners operate and teach you how to own your own business.

In other words, every one of those places now silent, fire-blackened and looking like the owners had prepped them for a Cat 5 hurricane gave you, young American, the opportunity to earn the money to buy what you’re wearing, not steal it.

Our lives begin to end the day we become silent about the things that matter.  That’s what Dr. King said.  What matters, young American, is your soul, your character.  The adults, the out-of-town organizers urging you to do their dirty work;  and the money-grubbing vultures who always descend on places where they love the attention and the cash?  They don’t matter.  Not really.  Their interest is entirely selfish.  They’re using you, inciting you.  They won’t last.

Notice I’ve categorized no one by race, title or position.  Those separating tags, those social wedges are constantly used by people who know better to get you riled up, angry enough to bust through the thin veneer of order that remains from what positive adult role models in your life tried to teach and model.

The truth is, young Americans, lawlessness knows no such divisions.  It cuts across every social grouping that exists.  Nobody needs to sit you down and formally tell you it’s wrong to steal.  Dodging behind your skin color is just as lame as ducking behind the way you were or weren’t raised.  If you’ve been caught stealing, you’re not being persecuted because of your race.  You’re being dealt with because of your laziness and stupidity.

You, young friend, are the sum of your own choices.  Yeah.  Just like the rest of us.  Choices have consequences.  Always have, always will.  You have total freedom to choose your behavior.  You don’t, however, have freedom to sidestep the consequences of your choices.

Theft always costs.  That which is stolen is never free.  Somebody always picks up the price tag for it, for replacing it in inventory, for rebuilding the place from which it was being displayed and sold.  The sad part is, young American, that those who wind up paying for all the stuff you think you got for free are all the great examples you should’ve been following–not the cheap excuses for ‘leaders’ who were prodding you to do what you knew was wrong.

The other sad part is that, in your heart, you’ve known the difference all along, haven’t you?  The loudmouths who were constantly telling you all the wonderful shortcuts to bling and fame were sorry flops in real life.  Weren’t they?

“Hey, kid–stick with me, follow me, and I’ll show ya the GOOD life!”  Really?  If life’s so great, how come you don’t have your own place to live?  Why are you constantly finding somebody who’s got a (choke, gag) JOB and living off them, often eating their food, watching their cable–maybe even driving their wheels?  If you have such grand ideas for me to make money, why are you constantly being harassed by collectors, having to borrow, borrow, borrow and then running off to escape repayment?

Young American, the adults in your life who have given you solid guidance and done their best to model good character and good choices?  I’m suggesting to you that it’s time to start paying attention to them and quit being drawn aside by the rotten influences in your past.

They did you no favors because they were trying to hoard them all for themselves.

There’s a point where a person isn’t so young any more.  No one working and doing their best in life puts up with the older ‘youth’ who keeps whining about how life’s not fair, how they got no breaks, etc.  “If only—-”  Naw, that dog’s too lazy to hunt.  “Well, I’m this way because—-”  Nope.  Remember what I said about choices?

It’s your attitude, your personal choices that make or break you.  And if they’re not so hot, you can change them at any time.  It only takes about 90 seconds to change your mind, change your ideas, change your direction and get to changing your habits and rebuilding your life.  That’s true in Ferguson, Missouri and it’s true where you live. 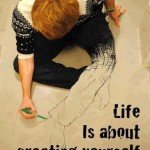 Nobody’s going to do it for you.  But there are plenty who’ll be willing to walk with you, to guide you, to give you good counsel.

As with everything else in this life, it is up to you.  And I think it’s a real good idea to keep asking:

“Why aren’t they stealing work boots?”