“Everybody has their price.  Give ’em the right enticement and they’ll all cave.  You’ll see.”

“Sure, they will.  Show me one person who still sticks to the way they were taught when they were little; who as an adult still hangs on for dear life to their “precious little convictions” (here they hold both hands up, curling two fingers in ‘airquotes’).  You can’t.  Nobody’s the same as an adult as they were when kids.”

Really.  You say that like it’s a great revelation over which you just stubbed your intellectual toe.  Of course no one at 60 is the same as they were at 6 or 16.  Certainly not at 26.  In that, you’re correct.  We do learn as we live and grow.  That is inescapable. 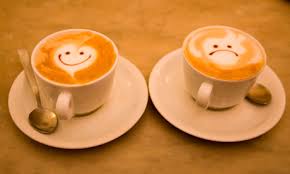 It is what we do with what we learn that makes the difference.

You are not who you were just yesterday.  It follows that you are significantly different than you were as a nine-year-old.  Life is a process of knocking off sharp corners, blunting prickly spines, adjusting self-interested egos and learning everyone else has a working brain in there someplace, too.

Your initial statement tells me you believe that process of selling out is always downward and away from what common sense normally includes in “Best” or “Virtue”, defined as moral excellence, goodness, worth, merit and honor.

Looking around at our national personality and character as reported by the collective media, that might seem true.  You see that for which you search.  “If it bleeds, it reads.”  Salacious and seductive sells.  Just ask Hardee’s.

Ferguson, MO residents and business owners need no primer on the issue of way-low expectations.  It seems there’s no end to the willingness by frustrated onlookers to jump to conclusions, react and overreact, and escalate what’s already a horrendous experience for everyone involved.

It seems there’s no end to the willingness to ‘intercede’ by public figures whose wealth seems to derive solely from the misfortune of others.  The few voices and hearts raised in legitimate, peaceful means of sorting through the maze of hyperbole and ignorant accusations are being loudly decried and drowned out by those who fit your description of “Everybody”.

There’s little in the training software outlining what to do if your fast food restaurant is overrun by looting, screaming mobs of “Everybody”.  That’s why the crew of a Ferguson McDonalds were forced to lock themselves in a storeroom.

“Give ’em the right enticement and they’ll all cave.  You’ll see.”

No.  Many might.  That’s obvious; those unprincipled, rampaging mobs were comprised of individuals, each of whom reasoned, “If enough of us break the law by breaking others’ property and jobs and stealing, they can’t arrest us all!”

“Everybody” is made up from one person at a time.  Every one of those persons has the exact same ability and responsibility to make up his or her own mind before joining “Everybody”.

Dave is one of those persons.  Saturday the van he uses in his work as an HVAC repair and maintenance man was stolen.  Thousands of dollars of tools and gauges necessary for him to do his job were immediately fenced.  The only way his van was returned is that the thieves decided – chose – to drive in it, were intercepted by alerted police, and ran it into a tree trying to evade them.  Again, a choice.

Dave, having heard of a family whose air conditioning unit had quit in 90+ degree heat, also made a choice.  Instead of sitting and grousing about his personal misfortune, he grabbed what tools he could gather and went to help someone else in need.  A choice, yes.  He quickly figured out what was wrong, efficiently fixed it and went on with his life.

You’d be surprised, you who think Everybody has their price, how many Daves there are out there.  You don’t see or hear much of them because they’re usually busy.  The Everybody you most often see and hear are not.  Choices.

Were I aware of Dave’s plight – that careless, thoughtless thieves not only stole multiplied thousands of dollars worth of his tools, but also his transportation (which they damaged) and interrupted his ability to take care of himself and serve others – and lived close to him, I’d appeal to a bunch of other Daves out there.

I’d say, “Hey, we’ve all been up against it.  We’ve all reached out to others when we ourselves were hurting and feeling used.  Dave knows his stuff, but needs some tools and diagnostic equipment replaced.  If we each give him some cash, he’ll be able to get what he needs that some Everybodys stole from him.”

Well, I am – aware, that is.  And I do live close to him.  He’s not from Ferguson, MO.  He’s from Wichita.  You might have seen a blurb on KAKE news about the theft and subsequent arrests.  We’re glad the thieves were caught, but that doesn’t replace the tools Dave collected across the years he’s been perfecting his knowledge and work.

Understand–he never once asked for help.  I saw him defy the Everybody concept and reach out through his own disgust and personal loss to another needy family.  I believe in people like Dave, believe they’re worth helping.  I know how to get cash that’s raised to him.

You can send it directly to:

Dave Rodke – 2801 North Rock Road, Wichita, KS  67226.  Money orders are probably easiest.  I’d like to help get Dave back in business as quickly as possible.  I don’t need to know how many of you 2nd Cuppers respond.  But if you want to let me know this got out there, you can send me a comment that just says, “I helped Dave.”

After all, not just Everybody has the benefit of running across somebody like him.

Guess we were just blessed.  You see, ours was the needy family whose a/c went on the fritz Friday afternoon and whom Dave selflessly helped on a very hot, steamy Sunday afternoon.

Thanks in advance for tossing some cash Dave’s way and having a part in proving Everybody wrong.