I’m constantly amused at the ability of the young to assume their trinkets confer wisdom.

Every generation looks pitied askance at the one preceding because of technical inabilities.  There are myriad jokes about VCRs still perched on dust-obscured entertainment centers, blinking “12:00” into the shadowed recesses of Eternity’s deep space. . . 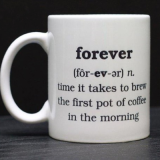 Kids and grandkids grin at each other over Gramps and Mamaw not knowing how to properly use those infinitely powerful little pocket computers known as smart phones.  In some cases the kids and grandkids sneer and don’t bother helping at all.

No.  Not old.  They are advancing in Time, moving closer to the goal of reaching God’s Eternity while having gathered a good bit of wisdom and spiritual Light along the way.

They may look old.  They may even have outlived their Earthly habitat, physical bodies worn out.  Yet, young one, were you to sit and listen to them–beside a recliner or a hospital bed if necessary–it would take little time to recognize their powerful little computers were between their ears and in their hearts.

Yeah.  Both places you’ve been neglecting to your own souls’ detriment.

They spent time depending not on nifty little machines but on their memory.  They didn’t need to read your redacted ‘history’ books; they lived out those experiences.  And they have much to reveal to you that your books and more than a few of your teachers don’t tell you.

That is, if you’ll stop fiddling with your phone or pad or laptop long enough to engage some real people in actual one-on-one encounters whose lives are mighty examples of strong faith and individual, quiet courage.

Listen to what God told Moses He wanted to see:  “Rise in the presence of the aged, show respect for the elderly and revere your God.  I am the Lord.”  (Leviticus 19:32).

When’s the last time you remember ever seeing a young person stand up when a woman approaches the table, let alone standing in the presence of any older person?  God says when you honor the preceding generations, you’re honoring Him.  Likewise, when you toss it off and refuse.

Caveat:  nobody likes hanging with crotchety, cranky, hypercritical, nosey, narrow-minded, sour, unkempt, foul-smelling and foul-mouthed old men and women.  If you wish to exemplify sweet wisdom and a kind, winsome spirit in your advancing years, practice them when you’re young.  They don’t come in Cracker Jacks.  There’s not an app for it, either.

I never have liked the term ‘old’ when referring to people.  Some of the greatest times I had when younger was sitting and listening to advancing adults talking about their experiences, about their faith journeys.

Proverbs 16:31 reads, “Gray hair is a crown of splendor; it is attained by a righteous life.”

Ah!  I knew it!  There’s always a catch.  No catch.  Just plain facts.  You want a loving, loved, rewarding, enriched life when you’re in your Advancing years?  Build on that before you get there.

Give those young tech-savvy but socially maladroit young ones a reason to stand when you walk into the room.