Ever feel like no matter how hard you try the deck’s stacked against you?

You know what you want to do, but you wind up doing just the opposite?

We’ve just established you’re human.  Good on ya.  Point is, we’ve all experienced it–the desire to do one thing but finding it way too easy to do something else. 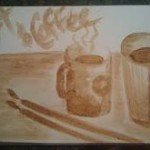 Hey!  I’ve got an idea.  Just for funsies, let’s assume The Bible is accurate in what it teaches–bearing in mind that fallible, imperfect people can differ without being difficult and disagree without being a scrungewart.

“Well, Professor So-and-So didn’t teach it that way, so—”

Well, goodie.  Sometimes the good Prof. gets it right, and other times he or she doesn’t.  As a wise old Mississippi peanut farmer once told me, “Here ah was up at tree inna mawnin’ just a-pacin’ back an’ fawth owna livin’ room flo.  Ah was tellin’ God, “Lawd, ah need some ayansuhs, yeah.”  He had on a well-worn but clean pair of work overalls and had his thumbs unconsciously tucked behind the suspenders.  He glanced at me from under eyebrows that would’ve made Charlton Heston want to requisition them for ‘Moses’.

I nodded respectfully.  Being quiet has never gotten me into trouble.  He chuckled, shook his grizzled, shockingly-uncontrolled gray hair and looked me in the eye.  He said God spoke just as clearly as if He were right there in the room, and said, “Ah gave yew a good mahnd.  Yewse it.”

Seems to me if we can go to such lengths to DISbelieve anything God passed on to us in the Bible, we could choose to believe, too–couldn’t we?

“Get outta town!  Seriously?  It says that?  Like you were sayin’ to start with?”

Uh–yeah.  It’s been there all along.

“Well, but I mean, like, that makes sense and stuff!”

I see.  And that shocks you why?

“All grim, talkin’ about that sinful stuff and negative and HOLY. . .”  (That last said with curled nose and waggy head.)

If I’m understanding you, you seem to be addressing the issue of how people portray Bible truth, rather than what it actually says.  And have you met very many honest people who don’t agree there’s sin in our world?

People make mistakes.  People are critters, occasionally.  People can become so adept at majoring on minors, pounding on this or that fine point they totally lose sight of Jesus’s greatest command, which was first of all to love one another, to draw others toward Him.

And that love is the kind that’s only possible to have for each other because of God being active in our lives through His Spirit.

“Okay, so that talk about the natural wants and desires fighting against what God’s Spirit wants and vice-versa?  That just makes sense, then, right?”

Yeah.  It does.  I’ve had days when I get up with strong impressions of what I want to get done.  Spiritually, I’m on it.  Physically or even mentally, I may not be at my best, though.  I’ve caught myself listening to The Bod when I should’ve been paying attention to what my spirit was telling me God’s Spirit would prefer.

If I gave in to my feelings or impulses, I was always-always-always frustrated and irritable.  I knew I’d listened to the wrong voice and paid for it by not accomplishing very much at all.  On the days when I refused to listen to The Bod and focused my attention on what I sensed God wanting me to do that day, I always felt a sense of satisfaction that I’d gotten something important done.  Know what else?  I always could feel a strength of purpose, an extra little bit of understanding or insight or creative ideas that hadn’t been there before.

“So, does this work with people who aren’t, like, Jesus dudes?”

Sure.  Anyone with a creative bent knows:  discipline yourself to keep your mind and spirit centered on your highest creative setting, your noblest calling, and you get more done.  And what’s done is done far better than would’ve been the case had you shrugged and let self-pity or anger or angst or disgust – or even physical discomfort – dictate doing whatever feels good at the moment.

Of course, to me it makes sense if I’m trying to be creative that I’d want a direct link to The Premier Creative Mind in the Universe – God’s Holy Spirit.  I’ve figured out that I tend to be a lot more active and have better ideas and thoughts with Him than I ever did without Him.

Then again, I had no idea God spoke ‘Mississippian’, either.  Huh.