#1: ALWAYS DO MORE THAN THEY EXPECT OF YOU

Today we’re starting a super list of stuff that’s only going to make you better.  What you do with it is entirely up to you.  As always.

Follows, then, the first of 28 Ways To Absolutely NAIL “Tremendous”!  An insightful gal named Robin Sharma gets credit for the original list.  Anything I do to mess with or build upon it is of my own creation.

Staff meeting.  Some twit in a bowtie and suspenders is busy telling you and 17 other coworkers about Strategies to Actualize Interdepartmental Support for Company Adherence to General Policies Relating to Collecting and Proper Disposal of Peanut Hulls. 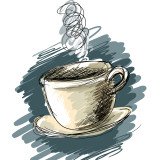 Okay.  You’re with me.  a)  Where do they get people like this?  John Kerry’s staff rejection list?  b)  What do you do when you can’t find a reason to escape such meetings?  c)  Who drank the last cup and ‘forgot’ to make any more?

Some things are inescapable.  Taxes.  Drivers who pull into your lane at intersections. Self-inflated twits full of nonessential and useless trivia.  Hugs from your crazy aunt(s) at family reunions.  When you are saddled with the inescapable, let your mind go to work for you, while your body looks pleasant and attentive.  That always makes twits feel, ah, atwitter.  Don’t overplay, though.  It just encourages ’em.

“Okay.  Let my mind go to work while I’m sitting there SO smitten by the spirit of DUH.  Bet you got some ideas, huh?”

Right you are.  Think about ways to implement #1:  Always Do More Than They Expect of You.

Everyone expects you to be a drone.  It’s what’s popular now.  “Man, don’t exert yourself.  All that does is get the wheel’s attention and you wind up with more work.”  Their counsel:  wise up, shut up, don’t get noticed.  Do just what’s expected of you, but don’t do it particularly well.  Make some mistakes.  When they need a job done, they will NOT come looking for you.

Don’t be a drone.  Find ways to do what you do better and more effectively.  Distinguish yourself to the point when your coworkers know you’re present, NObody has to worry about your work being done–and very well!  Establish the reputation for uncompromising values and standards of personal effort and conduct.  They don’t have to like it but they’ll have ZERO choice but to accept it.

Anyone in the consumer credit arena will tell you simply making minimum payments on your credit card will plow you under.  You’ll never pay that card off, considering the huge balance most owe and the outrageous interest most have to pay.

The same is true with work.  By doing only the bare minimum of what’s expected, you send a clear signal:  “Don’t trust me with anything important.  I never get anything done on time.  Motivated?  Me?  Not unless it’s in my own best interest and nobody else’s.  Don’t wanna be here, don’t wanna work, but the paycheck sort of requires it.”

There are enough people like that around you.  You know ’em and usually don’t hang with ’em much, do you?

No.  You are not.  You WANT to know how to just NAIL “Tremendous”.  Well, here are a few ‘seed’ suggestions to get you started.

That should get you started on your way to NAILING “Tremendous”!

By the way, crazy aunts are manufactured in a nondisclosed location somewhere in Asia.  They’re part of an insidious plot to conquer Earth.  They’re interchangeable and fully programmable–which is why no matter whose family they show up in, every one of them has the same eerie qualities, right down to those hairy warts.  Submit to their disgusting hugs and cheek-pinches.  Otherwise, their eyes do that Cylon dead-stare thing and you’ll ne-ver get rid of them.