I THINK I GOT THE WRONG PART, HERE

Ever feel like you’re in a play somebody else wrote the script for and you’re botching most of your lines?  Missing your cues?  Like everybody else where you work is already on Wednesday afternoon and you’re not quite finished with Monday yet?  Like wherever you’re going, it seems like everyone else has already been there and is coming back?  Like doing as a professional friend who doesn’t cuss does when overwrought:  he screams, “GRITS!”

Those are the kind of days that call for some solitude, a realignment of one’s soul. 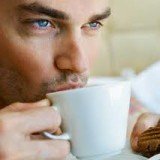 So.  Whatever you’re doing that has you tied in knots, let go of it for a few minutes.  Lean back in your chair, unfurrow your brow, push the keyboard back and put down the pen.  Relax with me while I share with you some random things that have recently caught my attention. . .

The longer I live the more I don’t get what I want.  Huh.  At first that was an annoying thing.  I’m a nice guy.  Wear a white hat.  Hold doors for others.  Usually wait for everyone else to get theirs like I was taught when knee-high to a short pup.  Pet dogs.  Tolerate cats.  Stuff like that.  Wouldn’t you think God might smile on me more as time progresses?  Nope.  Not happenin’.  But a metamorphosis began taking place within me after I settled down and stopped whining.  I started considering instead how many things in this life with (and by) which I’m so undeniably, incredibly, undeservedly blessed.  I also tumbled to the fact of how much better I was getting along because I didn’t get what I at first just had to have right then.  Go ahead.  You can think of a few other things to tack on here.  That’s why we’re sitting here, leaning back, enjoying our java.

Not many things matter but those that do matter a lot.  Deeply-held values are unique, custom-built and fine-tuned over decades of personal journeys and life experience.  They’re part of who you and I are.  Not there by mistake or whim.  When somebody else intersects those values, the encounter can be stimulating, humorous, hurtful, destructive or a thousand other things.  It can’t be dismissed or ignored.

When you step beyond your proven, personal value boundaries for whatever reason, it sears the spirit.   Seriously.  Well, how long do you keep your finger on a hot fireplace grate?  You can sense it:  something is definitely not in whack.   Core values – those beliefs, standards and personal convictions you hold sacred and inviolable – are nothing to sneer at.  To make a habit of laughing at someone else’s values is to court friendlessness.  One need not embrace the values of another to respect them and him.  Or her.  Neither does one need to demand everyone else bow before his values.  But stand for them you must.  There are generations following you who’ve been systematically led to believe to stand for little while excusing far too much.  (‘Tolerate’ has been horribly abused and so disfigured as to be unrecognizable.)  ‘Excusing’ seems apt.

The Rev. Dr. Martin Luther King, Jr. once wrote, “Our lives begin to end the day we become silent about things that matter.”  If I’m hearing that right, he’s saying shut up about the many things that don’t matter, but through love’s filter speak up about the ones that do.

What screws us up most in life is the pictures in our head of how it is supposed to be.  Mm-hmm.  There’s that script dealie.  Ever think of just how cool your day would go if everybody else just stuck to the script you’d written for them?  After all, you know how they’re all supposed to act and react.  You’re the brain of the bunch.  If they’d all recognize your brilliance and act accordingly, things would just go SO much better.  Right.  Pretty simple, really.  The pics in our heads just don’t match real living.

They sure are.  And it’s laughable that you think yourself sharp enough to write everyone else’s scripts.  From what I’ve noticed, you’re not doing so hot writing your own.  Me, either.

Interactive stillness . . .   mutual solitude . . .   listening comfortably, no inner drive to commit senseless verbiage.  Daddy used to tell me, “Be still.”  At the time I heard it as merely another phrase, interchangeable with ‘Hush’, ‘Pipe down’ or ‘Would you just be quiet, already?’  It wasn’t until much later I began to appreciate – too late – the rich essence of being still.  Daddy was a woodsman who knew there’s a big difference between only being quiet and being . . .   still.  Try it right there where you are.  ‘Quiet’ is the absence of racket.  ‘Still’ is much different, deeper.  I could say more, but it will mean more if you discover it on your own.  See if you can hear ‘the music at the edge of silence’.

You can make believe so hard it can seem true.  You’ll want the things playing ring-around-the-rosey in your mind to be so real that you come to believe they are.  Again, I could say much more, but suffice it thus:  your subconscious is like the Apaches.  There’s no word in their vocabulary for ‘lie’.  Whatever you repeatedly tell your subconscious mind is what it will believe; and the more you tell it that, the stronger that belief becomes.  That’s why dreams for one’s future are such powerful things.  Protect what you pr0ject.  Thoughts eventually become actions.

“Okay—will you just quit tryin’ to be Holy Ghost, Jr.?”  It’s not yours to judge another’s spiritual life.  You may or may not know some of their journey, but you don’t know all of it.  Though this little quip is funny to hear, it makes a point.  The Holy Spirit’s been at this for a l-o-own-ng time and He knows what He’s doing.  Leave the conviction to Him, and you just keep on loving everybody as much as they’ll let you.  If you see or sense something out of whack in another’s spiritual life, pray for ‘em.  Usually when we’re sensitive about something in somebody else, it’s something we know either is or can be a weakness in us.  Just keep praying.  And authentically loving.

The smile I got in return was worth the west side of Heaven.  You know the kind.  You can’t define ‘em.  Can’t paint ‘em, draw ‘em or come close to describing them.  There are just some smiles that communicate from heart to heart in ways words never, ever will.  How to receive one?   Just before you pull your ride out of the car wash, stick a couple of folded one-dollar bills in the tray for the gal waiting to clean the road grime off her car. . .  Think about others.   Stop being so concerned about what you’re getting or not getting.  Be in the habit of doing something for someone they can never repay, for no reason other than the outflow of your heart of love.

It was apparent that something had hit a fan somewhere.  Pay attention to those close by, to the flow of humanity around you.  You know how you sometimes paste on a smile when you don’t have one inside?  They do, too.  Pay no attention to the lips and read the eyes.  Haunted, wounded, exhausted, distraught, helpless, hopeless, dulled–  “Whaddya expect me to do?  I can’t stop ‘em on the street or in the hall, can I?”  You can be praying as you offer them a genuine, gentle smile of your own.  You can quietly pay for their meal before ducking out the door.  If you can, pay for their gas while they’re filling up.  Hold your hand out with a wrapped Werther’s in it and as you give it to them, say, “Have a blessed day” and go on down the street.

Well.  Coffee’s cold and it’s time to get into the day.  Hopefully something here has jogged you a little to make the week a better one.  Your challenge for the week:  look around you more.  There are a lot of really great humans who surround you every day.  They’re just sometimes hard to notice because all the jerks seem to hog the attention!

Because he can’t stand ‘em.