THE TEARS & THE YEARS

Hi, gang.  For most of you the Vietnam War is an item in Wikipedia.  Something from history.

It is that, but so much more for those of us who wore our nation’s uniform during those years.  The following is a personal account of a war veteran who recounts his first visit to The Wall since the war.  I post it here out of respect for a fellow USAF warrior who sent it to me; we’ll call him ‘Ben’.  I also offer it in response to so many who are misinformed about both the war itself and about the unforgettable men and women who did their duty.

Yeah.  Those able now to read this and those forever-young ones whose names gaze out from The Wall in mute appeal for us to remember . . . 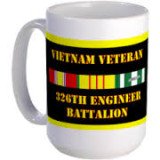 “As we face a new year, I recall visiting with three old friends a few years back at a park in the nation’s capital.     It seems like only yesterday that we were all together, but actually it has been 42 years.  There was a crowd at the park that day, and it took us a while to connect, but with the aid of a book we made it.

“I found Harry, Bruce and Paul.     In 1970-72 we were gung-ho young fighter pilots on the America and Constellation off Vietnam, the cream of the crop of the U.S. Navy, flying F-4J Phantoms.  Now their names are on that 500-foot-long Vietnam War Memorial.

“I am hesitant to visit the wall when I’m in Washington DC because I don’t trust myself to keep my composure.      Standing in front of that somber wall, I tried to keep it light, reminiscing about how things were back then.  We used to joke about our passionate love affair with an inanimate  object we flew.  We marveled at the thought that we actually got paid to do it.  We were not draftees but college graduates in Vietnam by choice, opting for the cramped confines of a jet fighter cockpit over the comfort of corporate America.  In all my life I’ve not been so passionate about any other work.

“If that sounds like an exaggeration, then you’ve never danced the wild blue with a supersonic angel.

“To fight for your country is an honor.  I vividly remember leaving my family and friends in San Diego headed for Vietnam. I wondered  if I would live to see them again.  For reasons I still don’t understand, I was fortunate to return while others did not.

“Once in Vietnam, we passed the long, lonely hours in Alert 5, the ready room, our staterooms or the Cubi O’Club. The complaint heard most often, in the standard gallows humor of a combat squadron, was, “It’s a lousy war, but it’s the only one we have.” (I’ve cleaned up the language a bit.) We sang mostly raunchy songs that never seemed to end because someone was always writing new verses.  And, as an antidote to loneliness, fear in the night and the sadness over dead friends, we often drank too much.

“At the wall, I told the guys only about the good parts of the years since we’ve been apart.  I talked of those who went on to command squadrons.  Those who made Captain and flag rank.  I asked them if they’ve seen some other squadronmates who have joined them.  I didn’t tell them about how ostracized Vietnam vets still are.  I didn’t relate how the media had implied we Vietnam vets were, to quote one syndicated columnist, “either suckers or psychos, victims or monsters.” I didn’t tell them that Hanoi Jane, who shot at us and helped torture our POWs, had married one of the richest guys in the United States.  I didn’t tell them that the secretary of defense they fought for back then has now declared that he was not a believer in the cause for which he assigned them all to their destiny.  I didn’t tell them that our commander-in-chief avoided serving while they were fighting and dying. And I didn’t tell them we “lost” that lousy war.  I gave them the same story I’ve used for years:  “We were winning when I left.”

“I relived that final day as I stared at the black onyx wall.  After 297 combat missions, we were leaving the South China Sea…heading east.  The excitement of that day was only exceeded by coming into the break at Miramar, knowing that my wife, my two boys, my parents and other friends and family were waiting to welcome me home.

“I was not the only one talking to the wall through tears.  Folks in fatigues, leather vests, motorcycle jackets and flight jackets lined the wall talking to friends.  I backed about 25 yards away from the wall and sat down on the grass under a clear blue sky and midday sun that perfectly matched the tropical weather of the war zone.  The wall, with all 58,200 names, consumed my field of vision.

“I tried to wrap my mind around the violence, carnage and ruined lives that it represented.  Then I thought of how Vietnam was only one small war in the history of the human race.  I was overwhelmed with a sense of mankind’s wickedness balanced against the selfless willingness of some men and women to serve.

“Before becoming a spectacle in the park, I got up and walked back up to the wall to say goodbye.  I ran my fingers over the engraved names of my friends as if I could communicate with them through some kind of spiritual touch. I wanted them to know that God, duty, honor and country will always remain the noblest calling.

” I wanted them to know that God, duty, honor and country will always remain the noblest calling.”

“Revisionist history from elite draft dodgers trying to justify and rationalize their own actions will never change that.  I believe I have been a productive member of society since the day I left Vietnam.  I am honored to have served there, and I am especially proud of my friends–heroes who voluntarily, enthusiastically gave their all.  They demonstrated no greater love to a nation whose highbrow opinion makers are still trying to disavow them.  May their names, indelibly engraved on that memorial wall, likewise be found in the Book of Life.  Remember that throughout the new year.

“As an afterthought, I find it funny how simple it is for people to trash different ways of living and believing and then wonder why the world is going to hell.  Funny how you can send a thousand ‘jokes’ through e-mail and they spread like wildfire, but when you start sending messages regarding life choices, people think twice about sharing.  Funny how the lewd, crude, vulgar and obscene pass freely through cyberspace, but the public discussion of morality is suppressed in the school and workplace.  Funny isn’t it?  Funny how I can be more worried about what other people think of me than what I think of me.

–an unknown author Who Was There

No one who’s served can adequately express what that’s like to someone who has not.  That in no way casts aspersions of nonveterans.  It makes the point:  veterans are a special breed.  And those who’ve served during time of war are especially so.  Some are easily identified because of their recognizable wounds and/or disabilities.  Others look reasonably normal.

All of us carry indelible scar tissue on heart, mind and spirit as well as body that is not seen unless we reveal it.  I offer my personal regards and respect to this unknown aging warrior who let us all see just a glimpse through this literary window into his cherished memories.

To all of you 2nd Cuppers who have also answered that call, thank you.  To all of you who haven’t, thanks for trying so hard to appreciate those of us who have made that choice.  Together, we all comprise a hardy, hearty band of Americans into whose lives and experiences I have the privilege of writing.