We’re working our way through 13 things strong-minded individuals avoid.  We began this trip back in November, just past Thanksgiving.  Lists are good.  They help organize our thinking.

If your thinking is like mine, a smidge of cerebral order is helpful from time to time.  Because lists can become routine, when I find good ones I like to pull them apart, see what makes ’em tick and share them.  You’ll find the first 7 of these archived at the 2nd Cup site.  Feel free to revisit them and refresh your memory. 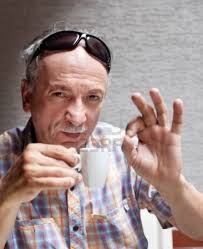 Insanity.  You know the definition.  The crazy part is, we all chuckle, nod and say, “Yup, ‘at’s true.” Then we turn right around and prove it again.  Ah, the smooth, soft comfort of redundancy.  There is something nice about the familiar, the expected.  There’s an order and sense of well-being when you do something in the same way better and better.

When someone makes something look easy, it’s because they’ve been doing it the hard way for years.  You look on in awe, admiring how effortless they make it seem.  You walk away thinking, “You know, that was masterful enough I should’ve at least bought a ticket.”

There is no glory in repeating the same thing knowing it will produce no different result.

No, wait.  Did you see how smooth he did that?  Wha-a-a-at?  I couldn’t hope to even come close to doing it with that style, that——

There is no glory in repeating the same thing knowing it will produce no different result.

It’s busy work.  It gives the sensation of doing something while making no appreciable difference whatsoever.  It may look impressive, but only to those who have no idea what needs to be done.

Take a careful look at people whom you know have a habit of getting things done.  You’ll notice something they have in common:  they’re willing to learn from their mistakes.  Well, yes.  That does obviate the necessity of owning up to one’s mistakes.

Everybody makes ’em.  The difference is in what’s done when they’re made.  Strong-minded types decide it’s a Time- and energy-waster to go back and redo whatever it was in the same way just to see if it’s possible to make a more stirring mess than the previous attempt.

“Know what, Hoss?  I believe I could screw that up a WHOLE lot better if I was to go back and give ‘er another try.”

Yeah.  Grins and chuckles.  But haven’t we all unconsciously done that?

David Schwartz wrote, “Believe it can be done. When you believe something can be done, really believe, your mind will find the ways to do it. Believing in a solution paves the way to solution.”

The reason you catch yourself doing “the same ol’-same ol'” is either that you don’t know how to do it any other way, or you don’t believe you can.  Remember the famous phrase from NASA flight director Gene Krantz regarding getting Apollo 13 and its crew back from the moon?

“Failure is not an option.”

With that kind of focused intent, to go own an’ own an’ own doing the same thing doesn’t make sense, does it?

Strong thinkers know that.  It’s what makes them interesting to be around because you can sense they’re after a solution, not just something more to keep everyone occupied.

It’s slightly ridiculous when you’re needing to get something done.