The only connection between where you’ve been and where you’re headed is your choice today, right here, right now.

“You don’t know where I’ve been and what a hash I’ve made of a lot of things.” 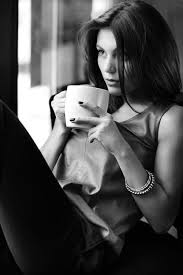 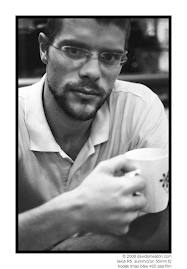 Congratulations.  You’re human.  None of us get through this life without making a hash out of something.  Career.  Relationship.  Company.  Family.  Spiritual life.  We’ve all messed something up we were trying to ace.  Every one of us.

The issue isn’t what you royally muffed.  It’s what you did once you realized it.  Because. . .

#7:  Strong-minded people don’t live life looking back.  What was is.  That won’t change.  That’s a fact, Jack.  Where you’ve been and what you’ve done is history.  Or, more correctly, your story.

But you–you’re not the same.  No matter what highs and lows and ‘tweens populate the drop-down list in your past, they’ve no power to dictate who or what or where you are right now.

“Okay, uh–weren’t we talking about the Lifetime Achievement Award for The 75 Most Record-Shattering Trainwrecks In A Single Life here?”

That’s part of it.  Everyone has stuff on the back trail they’d just as soon forget–and wish their crazy aunts would!  But that’s just part of the hazard of living in your rearview mirror.

Ever seen anything more pathetic than The Old Gaffer wearing an obvious rug complete with sideburns, dressing in duds a half-century past their prime, making everyone around him totally nauseous as he tries to be Studly Vineswinger?  Or how about The Age-Defying Queen of every imaginable means known to womankind to look, act and sound like The Jungle Temptress who once wore that cheerleader uniform?

Ignoring Time’s passage by trying to look younger than your own children is cranking it up a few notches to Maximum Silliness.

Let me stop to point out–taking care of oneself is a good thing.  Being a good steward of your health is wise.  There’s always something winsome and refreshing about individuals comfortable with their internal age and okay with who they are and how they look.  I love people who indignantly snap, “Why don’t you act your age?”  My answer is usually something like, “How?  I’ve never been this age before.  Besides, there’s so much longevity in my family’s DNA that I’d much rather be young longer.”  I’ve seen way too many seniors having given up, suffering from nothing so much as hardening of the attitudes.  Old – way old before their time.

One guy said, “Always turn your clocks back.  I’m turning mine back to, oh— 30.”  No.  That doesn’t work.  But it’s still a refreshing attitude.  There’s nothing more devastating than observing a man who’s died in his mind long before his body ever catches up.

God helping me, I’ll never do it.

That’s not just a line.  I’ve been toe-to-toe with death enough it doesn’t intimidate me any more; and having felt God’s healing hand at work in my body, I don’t want to waste even a minute of Time being old.  Whatever life remains to me, I want to use it to touch others, to let them know age is just a number.  It will mean whatever you choose for it to mean.  That means I want my mind and spirit to be as young as these moments are right now. . .

The past?  Your past?  Learn from it.  Some wag said that wisdom is recognizing a mistake when you make it again.  That’s not the kind of learning I mean.  Back there in your past is where you learned the lesson.  Ahead of you is where you’ll apply what you learned.  Don’t give up or give in in the middle.  In other words, here.  Now.  Today.

Wounds create scars and some of them aren’t pretty.  We’ve all got ’em.  Scars are a sign of healing.  Don’t waste time trying to act as if they never happened.  But don’t dwell on them, either.   Don’t allow your wounds to turn you into someone you’re not.

Mature, strong thinkers learn as best they can from where they’ve been.  But they don’t live back there and refuse to invest mental and spiritual capital with old disappointments or the fantasies of “What-If” Land.  They’re smart enough to know something.

You are not who you were.  The hope is that you’ve grown through life experiences to be more than you were.  Only a fool keeps tripping over what’s already behind him.

Your journey is magnificently your own.  One of life’s most painful errors is trying to measure others’ journeys and blessings instead of your own.  That’s a Time-waster.  No one’s journey is the same as yours.  You may know bits and pieces, but you’ve no clue what their journey is like, nor what it’s taken for them to get where they are.

None of them know that about you, either.

Stop trying to force-fit the jagged, broken pieces of where you’ve been.  Leave all those shards of living in God’s hands and let Him use His grace and Time’s passage to make them fit and mean something, both for you and for others who need to know part of your story.

In the meantime, there is today, right here, right now.

Use where you’ve been to inform where you are and who God’s helping you to become.  And when today is done and your head hits the pillow tonight, thank God for His guidance and go on to sleep.  Rest in the knowledge that the only One who can do anything about today’s experiences has them firmly in hand.  It just makes sense to leave all age-related issues with the Ageless One, doesn’t it?

There is peace and fulfillment in keeping short accounts like that with God.

Oh.  That bit about the leopard-skin hoodie and swinging through the neighbor’s trees?  Legend.  Totally a legend.  And, ah, crazy aunts make stuff up, too.  Don’t believe everything you hear even if it’s about yourself.