POWER THINKERS #5: THE GREAT “PLEASE EVERYBODY ELSE FIRST” CAPER

Okay, sports fans.  Here’s number 5 in our series of 13 things about which Mentally Marvelous types avoid worrying.  Yes!  Step right up if you’re wanting a new, improved maturing mind in 2014.  Just think of it:

a growing up mind. 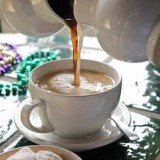 No.  I did not say, ‘a grownup mind’.  Like who wants one of those?  The only thing worse than having a grownup mind is a childish one.  In the interest of time and space (not to be confused with the Space/Time Continuum), I’ll leave it to your imagination to define those two.

Slow down, now.  Do not read, “Strong, maturing minds avoid pleasing others.”

What’s an 8-letter word for ruining an otherwise great day?

Right-o.  Worrying.  And specifically worrying about pleasing everybody else.

Quick question:  is it possible to please everybody else at any given time?  Um….  Hunh-uh.  So are you doing yourself any good whatsoever by trying?  Uh, well, no.

Sorry.  I didn’t catch that.

Cool.  Now we’re on the same page.  Some personalities tend to want to please other people more than other personality types do.  Some tend to barge right through the feelings and preferences of other folks; end justifies means.  A little collateral damage, there, bub.  Sorry ’bout that.  Here, lemme just brush that off.  Got a band aid?  Nothin’ poisinul.  Bizniss, nodamean?

Okay.  Step back.  Deep breath.  Mentally strong people – meaning those purposefully adding daily to what they already have learned, knowing they barely know anything at all – don’t go out of their way to not offend nor displease others.  But they’re not particularly bugged if others are critical of their efforts.

“Yes–you DISPLEASE me.”  GA-A-A-A-ASP!  Oh, whatever can I do to restore that normally kind and benevolent expression whenever you look at me?  My highest calling and greatest reward is to bring you joy and elevate you in the eyes of your adoring minions—um, friends. . . .

You’ve got this, right?  Seeing it is impossible to pull off pleasing everyone all the time, Power Thinkers stop trying.  They focus instead on their own personally-set goals, deciding

Notice where you’re looking when trying to please others.  Around.  Yeah, and behind.

Why is that?  Right-o again.  The vast majority are in the background, watching.  It’s the hallmark of a critic:  sitting on the sidelines and often in the background, doing little or nothing of value themselves while picking at your efforts.

Why fret about pleasing people who are producing nothing in their own lives?

Author Miguel Ruiz says, ” Don’t take anything personally. Nothing others do is because of you. What others say and do is a projection of their own reality, their own dream. When you are immune to the opinions and actions of others, you won’t be the victim of needless suffering.”

He’s right.  Life’s too short to sit around waiting on people’s approval on how you’re living it.

Get busy shedding your unease at how ‘they’ look at how you’re doing.  Truth:  the vast majority are paying no attention because they’re busy worrying about how YOU look at how THEY’RE doing. When you focus on your own personally-set goals, clearing your mind of any and all critics one way or the other, you position yourself to receive counsel and attention from others who are doing the same.  They welcome you into a small, select fraternity/sorority of growing individuals with maturing minds who know what they want, why they want it and what it will take to get it.

Now, isn’t that the kind of person you’d rather hang with?

Isn’t that the kind of person you’d rather be?

I met and chatted with Charlie “Tremendous” Jones a couple of years before his passing.  One of the reasons I wanted to meet him is that every time I heard him  speak or read after him, he was in the habit of saying, “You are the same today that you are going to be five years from now except for two things:  the people with whom you associate and the books you read.”

As I stepped up to meet him, the patch he wore over his left eye reminded me of the huge toll cancer had taken–but he never let on.  He openly said that he was missing an eye.  Yet instead of feeling sorry for himself, his remaining eye glinted as he focused on me with a big grin.  He stood, opened his arms, and as he hugged me he said, “I can see it in your countenance.  You are a survivor, too.  I’m so privileged to meet you.”

2nd Cupper, Charlie Jones was a published author, a business and personal excellence guru when I was busy trying to make Clearasil work.  I wasn’t sure what to expect when I stepped up to finally meet this man whose words I’d read and heard so often.  But sensing his depth of humility and transparency in just being Charlie no matter who was there had a forever impact on my spirit.

Who are you letting speak into your life–who are you trying to please?