I found it while hunting for something else.  Feverishly pawing through files, this stopped me cold.

Hey.  Maybe this is what I was really looking for.  It’s—well, just check it out for yourself.

THE FELLOWSHIP OF THE UNASHAMED

I’m part of the fellowship of the unashamed.  I have Holy Spirit power.  The dye is cast.  I have stepped over the line.  The decision has been made.  I’m a disciple of His.  I won’t look back, let up, slow down, back away or be still.

I no longer need pre-eminence, prosperity, position, promotions, plaudits or popularity.  I don’t have to be right, first, tops, recognized, praised, regarded or rewarded.  I now live by presence, lean by faith, walk by patience, lift by prayer and labor by power.

My face is set, my gait is fast, my goal is Heaven, my road is narrow, my way is rough, my companions few, my Guide reliable, my mission clear.  I cannot be bought, compromised, detoured, lured away, turned back, deluded or delayed.  I will not flinch in the face of sacrifice, hesitate in the presence of the Adversary, negotiate at the table of the enemy, ponder at the pool of popularity or meander in the maze of mediocrity.

I won’t give up, shut up or let up until I have stayed up, stored up, prayed up for the cause of Christ.  I am a disciple of Jesus.  I must go until He comes, give till I drop, preach till all know and work till He stops me.  And when He comes for His own, He will have no problem recognizing me — my colors will be clear. 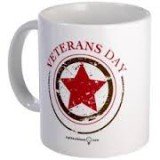 No.  I did not write this.  As best I know, the original of this declaration was found handwritten on a piece of wood and tacked on the interior wall of a nondescript hut belonging to an African Christian man.  He may or may not have served his nation in uniform; I don’t know.  It wouldn’t surprise me if he had been dragged from his hut and hacked into bloody, irregular pieces by a sneering, hate-filled mob.  All it seems to take is to profess personal faith in God and say the fateful words, “Jesus is my Lord.”

Really.  Huh.  We must not be reading and hearing the same stuff.  It would seem genuine Christian disciples are being increasingly targeted by gleeful haters of anything, anybody aligned with the Cross or Jesus Christ.  The gate is swinging wide to allow–no, cheer for anything, everybody doing and saying any or all the things God has spoken against in the Bible.

Tolerance?  Everybody and everything.  Well, except for those who are Biblical Christians and live that way.  No.  Huh-uh.  They and Him are an extremely lethal, virulent strain of virus that must be stomped.  Only then can we all live in harmony.  You know, when the moon is in the 7th house and Jupiter aligns with Mars.   Witness Senate legislation just in the past few days, proudly escorted by the cooing, preening adulation of men and women we’re supposed to admire.

Asked if they are ‘Christian’ many if not most might smilingly say yes, fingers crossed behind the backs.  It’s the answer that will appease the nice guys in the white hats.  “If we can just keep up this disgusting charade until these, these ‘saints’ die off, this deal is ours…”

Okay; not any.  This stuff is radical.  It smacks of the old-time revivalist evangelical junk that we’ve been trying for decades to shed.  Rock of Ages.  Just As I Am.  Jesus Paid It All.

You don’t build popular megaworship on that stuff.  Come on, man…  I’ve watched you up there on the stage, tears running down your face with a great smile, singing Chris Tomlin and Darlene –d’oh, you know.  Hillsong.  I still can’t spell her name.  They used to call it ‘getting blessed’.  Admit it.  I’ve seen you. . .!

Yup.  You have.  But whether it’s Natalie Grant or Fannie Crosby, there’s only one Cross.  One Lord.  One Jesus.  It’s His blood and His alone that paid the ransom for all the crap I collected across the years and thought I was hiding from Him.

Nobody else–NObody ever has or ever will do that for me:  make it possible for me to one eternal morning stand before the All-powerful, all-aware Sovereign God forgiven.

Naw, I don’t think you get that–because I’m unsure that even I do.  Every self-centered, ugly thing I ever thought, said and did erased, forgiven and perfectly forgotten.  ALL OF IT.

See, it wasn’t my scout leader, band director, parents or even one of my faithful pastors.  No evangelist. College, university or seminary professors.  Brothers, super accountability partner, professional colleagues or close friends.  Not one of the amazingly talented, believing doctors and nurses God’s brought across my path during this unbelievable health journey.  Authors, motivational/inspirational speakers.  Not one of the guys I’ve ever sung with–and they have been Godly, praying men.  None of them.

It was and remains Jesus.  He really did pay it all so I wouldn’t keep trying to.  He knew I couldn’t.  Eventually, so did I.

So maybe you understand why being confronted by this bold statement from an unknown African brother in Christ not only stopped me and made me think.  Maybe you also understand why I am posting this so you, too, can be arrested.

This isn’t polite stuff.  This reeks of sweat, sore muscles and more than a little shame.

I’m sitting here transparent, tears coursing down my face.  “God, if that obscure brother in faith could be that bold, knowing what it would likely cost him, what’s my excuse?  I don’t believe it was by accident, Holy Spirit, that you laid before me this morning’s quiet time quotation that went out on Facebook.  I’m still reeling from it’s tough, strong truth.  Now this.  Like that kid Samuel once said, “Okay, God.  Say it.  I’m listening.”  Whatever it is You’re needing me to ‘get’, I don’t know if I’m willing yet–but I’m willing to be made willing.”

“Until you’ve lost your reputation, you never realize what a burden it was or what freedom really is.” (Margaret Mitchell, novelist) The Cross cost Jesus whatever earthly reputation He had left. He had none of that coming. I, on the other hand, am different…. It is said reputation is what others think of you, while character is what God knows about you. Sure, I want to be liked. Appreciated. Even celebrated. Socially accepted, etc. Yet increasingly I’m finding myself not caring less what other people think while reaching constantly for what God thinks about me. After all, it’s that which I’ll face when I see Him one day. Yeah. You, too.

All right, Lord.  Regardless of what others think or why . . .  “I, too, am a disciple of Jesus.  I must keep going until He comes, give of what I have and who I am until I drop, preach/teach/write till all know and work till He stops me.  And when He comes for His own–and He says He will–He won’t have any problem recognizing me.  My colors will be clear, too.”

I know how important that is to military veterans.  I’m one of them.

I hope when that day comes, I’ll be standing right beside this former African brother who stood to the colors strong, brave and tall.

There’s more than one kind of veteran.  I honor you all–especially those who are both.