And the list of bad stuff goes from uncomfortable to disturbing to just flat dangerous.  Nausea.  Vomiting. Diarrhea.  Blurred vision.  Ringing in ears.  Suicidal tendencies.  Stroke.  Heart attack. Tell me again why years have been spent, commercial after commercial, yammering at mature women about their need to control diabetes and joint health;  and hammering at mature men that there’s something crazy wrong with them if their libido isn’t at 14-year-old levels. 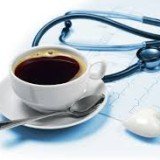 Why the nonstop onslaught of this or that synthetic chemical intervention for everything from smoking to zits to neighbors’ annoying pets to moldy bread?  Often those ads run one right on top of the other, four and five at a time, sometimes interrupting the one before.  Once again–why?

That answer’s not hard to find.

Big Pharma isn’t into making cures.  It’s into making more customers.  The sicker you think you are or are liable to become, the more fear will be generated in you.  Then it’s just a matter of how long it takes you to fill up the medium-sized basket in the middle of your dining table with more and more meds.

“You just think you have meds.  You oughta see MY basket, baby!”

Where Have All The Tough People Gone?

What’s happened to us?  Where have all the tough people gone?  Why are we tolerating the raising of our children and grandchildren to be simpering, softened, androgynous, metro-whatever pantywaists afraid to play any real games because they might get a boo-boo?  The fear displayed by a basket full of too-often-unnecessary meds is equally displayed by an imaginary mental basket stuffed with all the normal life experiences from which they’re supposed to be separated and protected.

Spineless, wimpy, self-consumed, rudderless kids make the same kind of adults.  Those adults make lackluster, mediocre employees who sit around fiddling with this or that electronic pacifier, texting or playing Bejeweled, Solitaire or Candy Crush on the boss’s dime because initiative is no longer being taught.  Or modeled.  For those who occasionally enjoy the aforementioned games, you’re welcome for the publicity.  No, I don’t want to know your high scores.

“Nobody told me to do that.”  And there they sit, producing little while fully expecting to be included in all the benefits coming to the few who got in there and did something.  Please don’t call unearned largesse ‘entitlements’.  The word implies one does in fact have something coming to them.  Not true in this case.

By what logic are you upset by results you didn’t get because of work you never did?  Lock in on this.  Nobody owes you a thing.  What they have, what you longingly wish you had, they’ve worked for while you sat fulfilling absolute minimum expectations.

You remember initiative, right?  The art of seeing things needing to be done and getting after doing them without being told?  That’s a core value to the few, the proud, the workers.  And, no, they really don’t believe they should share the results of their hard work with obvious laziness in body, mind and spirit.  More on that later.

What’s Happened To Us?

We used to be resilient though to take care of ourselves and one another.  We helped grow gardens.  We made Kool-Aid popsicles in our freezers.  We learned the values of trying hard, of winning and losing by trial and error.  We built stuff out what was available, often scrap lumber and straightened, used nails.  We made do and we fixed whatever was broken until it couldn’t be fixed again before buying anything new.  We worked and played hard.  We learned early on about the reality and necessity of risk.

Know what?  The more we tried, the less errors we made and the more often we won.

Risk Made Us Careful And Caring

Understanding the concept of risk helped us learn to make wiser decisions.  I knew very shortly the risk entailed in raiding Mother’s freezer cookies.  I had skin in that game.  Literally.  Risk made us all aware of who and what surrounded us.

Much is made of what seemed like carefree days of riding bikes all over creation, playing until we couldn’t see and dragging ourselves home to great dinners.  The flip side of that is rarely mentioned.

Most if not all of us had jobs.  Paper routes.  Mowing lawns.  Shagging golf balls on the outer rim of the golf course.  Odd chores for neighbors.  Cleaning up around area businesses.  It was a win-win for us all:  they didn’t have to pay us a lot and the work generally got done.  Those jobs taught self-reliance and human nature.

Well, in one instance it taught me canine nature, too, whenever I tried to collect paper money from Mrs. Mulrennan.  She was a rail-thin, sour, grouchy old woman whose face could hold a three-day rain.  Her ratty, disagreeable bark-faced little chihuahua made her seem angelic.  I usually had my dad standing there when I went to collect.  Their memories still traumatize me.

Point?  Living daily with the understanding of the tension between Risk and Reward informed our thinking and helped us make better choices.  Risk:  getting out there and competing for the better jobs, and then doing work satisfactory enough to keep them.  Reward:  sackfuls of candy at Buck’s Corner and the great bike rides there and back.  Living daily with the understanding of risk made us more careful, more aware of people and events around us.

We Grew Up On Gumption

Were we smarter?  Nope.  But we sure weren’t any dumber.

And we grew up on gumption.  Fortitude and determination.  Sound, practical judgment.  Toss in a little guts and you’ve got gumption.  Yeah.  You can call it common sense if you want.  But whether you say it’s gumption, common sense or whatever else you’d like to label it, it’s definitely on back order these days.

Gumption taught us some things.

Huh.  10-year-old kids figured that out.

“You’d think people would be bright enough to take one listen to the heeyoodge list of side effects of this week’s miracle med du jour  that are way worse than the thing being treated and decide there are better, healthier ways to live.  Wouldn’t ya?”

True.  But then you’d also think good people would be brighter than to just sit and watch for years as the big mouths and cheats who’ve now grown up (?) tear up and defame everything they love.  And all the while padding their own pockets until no one can stomach them any more.  Then they ‘retire’, saying they want to ‘spend more time with——–‘

Yeah.  By the way, I promised I’d mention something I believe is of the greatest importance.  Lazy bodies and lazy thinking always slops over into lazy spiritual lives.  It would be nice if it were different, but here’s the sad truth.  Don’t expect firm faith from flabby bodies and minds. 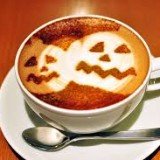 I’m not saying you need to be a world-class athlete.  Alliteration, friends.  “firm, faith, flabby”.  Okay, fine.  Let’s go with our original word:  lazy.  Lazy is a choice which often calls for more effort and creativity than if the perp would have just got busy and got the job done in the first place.   You cannot sustain a lazy physical and mental life and expect to have a vibrant spiritual one.  Not happening.

Hey!  Grab your bikes.  Let’s go get some MORE candy that’s not gonna make it to Halloween!