IT’S FOR YOUR OWN GOOD

I know, right?  Don’t you just HATE that Titanic feeling every time you hear, “And hey–it’s for your own good, you know.”

Translation:  Nobody’s doing that to ME and getting by with it.  Wouldn’t catch me doing that on a bet!” 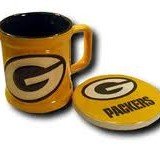 I have a tight cadre of authors I appreciate and after whom I read.  The following is from one of them, Rubel Shelly.  The events about which he opines come from very recent news you’ll likely recall.  Have a sip of joe and take a read.  This really is for all our own good.

“Good character is more to be praised than outstanding talent. Most talents are, to some extent, a gift. Good character, by contrast, is not given to us. We have to build it, piece by piece – by thought, by choice, courage, and determination.”

That quote is from Coach Matt Labrum and is a memorization requirement for the 41 teenagers on his football team. There is more. Those 41 young men also have to document several hours of community service, show they are passing all their classes, and stay clear of any discipline issues at school. So is Coach Labrum trying to coach football or be a “character cop”?

Coach Labrum is doing what more coaches, parents, teachers, and bosses should do in their positions of authority. He is making the point that – using his own words – things like playing football are a “privilege rather than a right.” And privileges bring responsibilities. They do not confer permission to swagger, cheat, bully, take advantage of success, or otherwise act like a knucklehead.

As background, you need to know that Coach Labrum had learned about some pretty ugly behavior by the members of his team at Union High School in Roosevelt, Utah. Some of the football players had been bullying a kid at their school. A campus culture among the football players had them skipping classes, being disrespectful toward their teachers, and being generally obnoxious. So on September 20, Labrum suspended the entire team and confiscated their jerseys.  *** Let me break in here and make sure you got that.  The man suspended the whole team and took from them the one thing that usually signals their studhood around school and town:  their coveted football jerseys.

Labrum did what parents sometimes do with four-year-olds. He put his players in time out. He took away their toy. He called off the remainder of the football season – if his players could not commit to and carry through on something more important than football. They had to become better people.  *** One more time:  They had to become better people.

The “contract” Labrum and his staff offered team members the next day gave them the option of community service, counseling, and strict accountability. Playing football for him would no longer be anyone’s right. It would be a privilege earned by rigorous on-the-field drills and responsible off-the-field behavior.

One of the more encouraging things about this story is that school officials and parents have backed up the coach’s actions. A mother of one of the players involved probably said it best. “These boys are not going to be hurt by this,” she said. “It’s a good life lesson.”

The likelihood of any of those kids going on to become fabulous NFL stars is somewhere between slim and zilch; becoming better football players has therefore very limited benefit.  Rubbing their collective noses in their own disgusting behavior, on the other hand, was not only a good, abrupt way to stop it.  It also introduces them to something upon which they can build for a lifetime . . .  becoming better men.

After all, it takes better men to make a better anything else.

Wishing doesn’t do it.

Do you think Coach Labrum gave a rat’s patoot what this or that regulation or bylaw said?  What mattered to him was THE RIGHT THING BEING DONE.  Sure, he’s getting some backlash from spoiled, whimpering sycophants (you thought I’d write ‘fools’ there, didn’t you?) who seem to need their own teleprompter to generate an opinion.  He’s also getting rave support and strong kudos from men and women who are puking sick – and, yes, MAD – at what’s been done – or not done – to our young and in some cases their parents.  Hmm.  You might be right.  ‘Fools’ may be a better fit.  Does anyone really need to be told what will happen in a few years if 2 to 3-year-old children aren’t quickly disabused of the notion they’re in charge of their home, playground, school and store?

Coach Labrum thought doing the right thing more important than worrying about who might be offended at his actions.  And, yeah.  It really was and is for their own good.

We’d better be doing the same thing.  In the current climate, someone’s ALWAYS going to be offended by you and I doing the right thing because they’re so unused to it being done.  It’s because they have neither will nor guts to step up and do it themselves even when they know it needs to be done.

Huh.  You suppose Coach Labrum would consider running for Congress?