YOU MEAN I’M NOT ALL THERE IS?

No doubt about it.

So is every other person on the planet.

Wait.  What about my specialness? 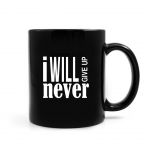 Relax.  You’re still one of God’s unique masterpieces.  Key in on that ‘one-of’ bit.

We ALL are one of God’s unique masterpieces.

Let me tell you about one.  We’ll call her Diana.

When she stumbled ashore – no one was allowed to touch her.  Diana Nyad just swam 112 miles from Cuba to Florida – and on September 2, 2013, she still had 5 feet to walk to officially reach US soil.  She was spent.  Exhausted.  Her legs were rubbery and didn’t want to hold her up, standing in the shallow water just off Key West.  But she had come this far.  She haltingly staggered those few feet right into history’s embrace.

The minute her feet finally stood on the island’s dry sand she was immediately and joyfully mugged by a huge crowd who had just watched it all happen.

She swam from Cuba without a shark cage, unassisted other than taking nourishment while treading water, for over 50 straight hours through punishing winds and waves, in white-hot sun and inky-dark nights.  She swam for two days and nights through water filled with sharks and festooned with box jellyfish whose toxin can easily overload the human nervous system and can kill.

She was alone in the water but they were right there with her.

And the crowd?  They had been right there with her in boats of all sorts, encouraging her.  Cheering her on.  Believing in her.  They were close enough to hear her ragged chant from a throat parched by thirst and blistered from wearing the anti-jellyfish mask and swallowing seawater:

To them,  to the gathered onlookers–and through the inevitable mics and cameras, she spoke through blistered lips to us all.

“I got three messages…    One is we should never ever give up…  Two is you are never too old to chase your dreams…   And three is it looks like a solitary sport but it takes a team.”

There it is.  The message.  You bet you’re special.  And part of the reason you’re as special as you are is all those truly special people who surround you.  You may not know who some of them are yet, but they affect your ideas, your thinking and your choices.  Some of them may have passed from this life, but the things they said and the ways they walked remains.

It is true that the choices we make reveal the true nature of our character.  It’s even more true that those choices are shaped by the thinking and living of those we gather around us.  What you and I do with our specialness largely depends upon to whom we decide to listen most often.

Great achievement is never the result of selfishness.

This entire universe, with one trifling exception, is comprised of others.  Napoleon Hill wrote, “Great achievement is usually born of great sacrifice and is never the result of selfishness.”

Diana Nyad finally did at 64 what she had dreamed of doing back in 1978.  She did it by being special herself.  But she never once tried to do it by herself.  She chose other special individuals to coach and mentor her.  To encourage her when down.  To brighten her outlook when disappointed and discouraged. And it was some of this group who leaned over gunwales, giving her lifekeeping food and drink while she treaded water for a few minutes before pushing ahead on her historic journey.

Find those hardy, toughminded, special people who support your dream and believe in you.

Keep them around you.  Pay attention to them.  Listen to what they say and don’t say.  Listen harder when they gently disagree.  You’re all special in totally unique ways and they’ll be experts in areas you’re not.

Here’s to you, special person.  And here’s to all those incredible, special people in your life.

No matter what you have or what position you hold, it can quickly disappear.  Things – fortunes, life, health – can change in a few minutes’ time.  Your special people, though, will be still be there.  They’re more precious to you than anything else in this life.  You hold them at arm’s length to your own detriment.

Choose them carefully and wisely, and cherish them.