IN THE STRESSING ROOM

Stress.  It’s about as useful as a harmonica on a leopard hunt.

I haven’t met anybody who’ll admit they like it.  Sustained and untended stress can kill.

And those bazillion or so cute little sayings for which Facebook’s famous really get tedious.  There are occasionally some good, memorable ones.  Trouble is, you must dig through the garbage of pop-psych to find them. 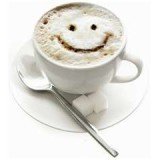 So.  For those tired of the positive platitudes of Facebook, here is a collection of negatives for grumps.  You know the kind.  Like one guy put it, “a potentially disillusioned grouse simply waiting to take flight on the wings of bitterness.”  It’s in the spirit of lighthearted good humor, but there’s always a raisin of truth in the oatmeal of rhetoric.

Be demotivated and depressed, my friends!

No matter who you are, YOU have the potential to be so very much less.

You’ll always miss 100% of the shots you don’t take–and, statistically speaking, 99% of those you do.

If at first you don’t succeed, failure may be your style.

That which does not kill me merely postpones the inevitable.

The harder you try the dumber you look.

Never underestimate the power of stupid people in large groups.

No matter how greatly destructive your problems now seem, you’ve probably only seen the tip of them.

There are no stupid questions, but there are a LOT of inquisitive idiots.

Never be afraid to share your dreams with the world; there’s nothing the world loves more than the taste of sweet dreams.

It takes months to find a client but only seconds to lose one.  The good news is that we should run out of them in no time.

When you earnestly believe you can overcome a lack of skill by doubling your efforts, there’s no END to what you still can’t do.

It’s amazing how much easier it is for a team to work together when no one has a clue where they’re going.

It hurts to admit your mistakes–but when they’re big enough the pain only lasts a second.

If you never try anything new, you’ll miss out on a LOT of life’s disappointments.

You aren’t being paid to believe in the power of your dreams.

The best leaders inspire by example.  When that’s not an option, brute intimidation works pretty well, too.

Until you have the courage to lose sight of the shore, you’ll never know the stark terror of being forever lost at sea.

There is an island of opportunity in the middle of every difficulty.  Miss that, though, and you’re pretty much toast.

It takes 43 muscles to frown and 17 to smile.  But it doesn’t take any to just sit there with a dumb look on your face.

Leaders are like eagles.  We don’t have any of either of them around here.

Until you spread your wings, you have no idea how far you can walk.

None of us is as dumb as all of us.

Much work remains to be done before we can announce our total failure to make any progress.

As long as we have each other we’ll never run out of problems.

Okay.  If you’re like me, you’ve probably long since spit whatever you were eating or drinking all over your monitor.  You weren’t expecting this huge dose of The Negatives.  I don’t think that way and try not to spend time around those who do.

There is a truth emerging from them all.  We all know it.  Life isn’t a fairy tale.  We all have unexpected good things happen.  But if you lose your shoe at midnight, you usually need to be ready to walk home barefoot.

We all get that.

But if you’re wise you don’t live there.  It creates way too much stress to worry about all of life’s ‘what-ifs’. Much better to spend your time on what’s next.

In that spirit, then, here are 10 Commandments of Stress Reduction to help you do that.

1.  Thou shalt not be perfect, or even try to be.  Yeah.  I know.  This one’s rough on me, too, right out of the chute.  I’m glad to say I’m a recovering Perfectionist and God’s helping me with this one.

2.  Thou shalt not try to be all things to all people.  It’s impossible.  Some try this from a deep well of insecurity and wanting to be liked.  Others try it from an outsized ego that can’t fathom God giving other people a gift or two of their own.  Both miserably fail, irritating those around them and creating stress for all.  It’s truly amazing how immediate your stress level recedes when you begin following this directive.

3.  Thou shalt sometimes leave things undone.  It’s just possible the To-Do list is too long.  It’s also possible you’re not feeling at the top of your game and some of those items would be better left until you’re better.  Messing them up because you wouldn’t DARE not finishing your precious list only creates that much longer a list for tomorrow.  Do-overs are a real pain in the clock.

4.  Thou shalt not spread thyself too thin.  “I know how to say no.”  Not enough.  You can say it, but there are people in your life who know if they sit there long enough, your sense of responsibility will kick in and you’ll get up to do it, anyway.  They depend on it.  Stop letting them control your work and your schedule.  Learn to mean it when you turn someone down, even if it’s something you’d like to do.  You can be gracious and still be firm.  Sometimes you owe it to yourself.  Sometimes you owe it to the habitually lazy person who needs to get up and get with the program.

5.  Thou shalt learn to say “No.”  It is a complete sentence.  It is usually followed by rudeness:  “Well, why?”  It is permissible to gently but firmly say, “That’s none of your business.”  Then turn around and leave.  It usually isn’t any of their business, but you’ve been programmed to answer them, anyway, if only to justify your answer.  Resist feeling obligated to give nosey, often gossipy people more grist for the rumor mill.  “No” stands by itself.  Use it more often and watch the stress dissipate.

6.  Thou shalt schedule time for thyself and thy support network.  I recall a business mentor telling me he declined a meeting with some community legends because he had a prior commitment.  He did.  He’d promised his son he’d spend an afternoon playing catch and Frisbee with him.  One of the ‘legends’ happened past his house that day, saw him out playing with his son, and the next morning immediately collared him about it.  “Thought you said you had a prior commitment?”  Don’t you just love self-important people’s indignation?  My friend walked over to his desk, picked up his planner, opened it to the previous afternoon and showed Mr. SmartBrain where from 2 to 4 PM was blocked out with “Catch with Stephen” written in.  He looked the blowhard in the eye and said, “I did.”  Both his son and Mr. SB remembered it.

7.  Thou shalt regularly switch thyself off and do nothing.  Downtime.  It keeps body, mind and spirit healthy.  Confession:  when I was pastoring, I was forever putting everybody else ahead of my own wife and family.  We’d been taught that back yonder that’s the way it was done.  Yes, it’s one of the hazards of pastoral ministry.  No, it doesn’t have to be.  See items 1 – 6 above.  I even found myself over in my office in the evenings when I should have been with those I love, just having some downtime.  There was always reading to catch up with, sermons and Bible studies and Sunday school lessons to prepare.  Board meeting agendas to check.  Blah-blah-blah.  Those of you who know my story understand:  I let stress almost take me out before I was willing to do anything about it.

8.  Thou shalt not even feel guilty for doing or saying nothing.  People will try to force feelings of guilt on you for doing nothing.  When you differentiate from your normal way of living, others notice.  And when that differentiation involves you not doing what they think you should be doing, it addles them.  Especially if they’re of the lazy persuasion and have to get up and do something themselves they usually shame or con you into doing for them.  Set the false guilt free.  And set your own soul free in the process.  Learn how to pleasantly, silently respond to the question that will surely come when they discover you sitting outside, coffee and book in hands, enjoying some downtime:  “What’re you doin’?”  Just think of all the delicious nonverbal ways you can respond.

9.  Thou shalt be boring, untidy, inelegant and unattractive at times.  Yeah.  It’s okay.  You have permission.  You know people who are chronically slovenly, crude and physically unappealing.  They wouldn’t dress up or clean up either body or speech on a bet.  Makeup?  That’s for you-know-whos.  If you can’t accept me for who I am, well . . .   It works the other direction, too.  There are days when unmatched sweats, holey t-shirts and bad breath are the uniform of the day.  Doing something out of the ordinary is often a great destressor.  Use it.

10.  Especially, thou shalt not be thine own worst enemy.  Instead, be thine own best friend.  You all know the value of self-talk.  “What an idiot!  I’m just too dumb to live!”  “I’ll never get this.  Everyone else in the world might, but there’s no way this’ll ever happen in my life.”  “God, I’m asking for this, but we’ve never been blessed like this before and I guess I really don’t expect any this time, either.  Sorry to bother You.”  Fill in a couple more from your own experience.  Self-talk works.  Positive or negative, it works.  Confession:  I still work on this one.  I’m horrible with myself.  If I were another person routinely talking to me like I sometimes talk to myself, I’d likely smack ’em with a croquet mallet.  Figure out how to stop putting yourself down and start building yourself up.  Use the book of Proverbs to help you.  There’s a lot of Positive/Negative wisdom there.

Well.  There you go–some humor and hopefully some help.