He was chuckling as he read from his inbox the latest “Top 10 Things You’ll Never Hear A Dad Say” . . . 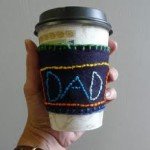 Number 8:  “I’ve noticed all your friends have a certain hostile ‘You-owe-me’ attitude.  Y’know, I like that.”

His ears sharpened as he heard commotion in the hallway outside his office door.  Hmm.  Something hitting the floor as if dropped?  Gotta be Arlough.  Glancing up, he smiled past a swallow, then helped himself to another huge bite.  His friend struggled through the doorway, almost dropping a bag again as he shoved the door closed with his foot.  The logo on its side read PANERA.  The door, not the shoe.

“Thought you’d enjoy some bagels, slightly distressed.  I even remembered the cream cheese this ti—–  what are you eating?”

“Seriously?  You, the great and mighty Granger, are actually talking with your mouth full?  You???   Criminetlies, man!  I couldn’t understand a thing you tried to say.”

Granger was so amused at the aghast look on Arlough’s face he was in danger of making a real mess all over his desk.  Hurriedly, he took a long drink of water from the ‘Welcome To Grand Coulee Dam’ glass on his desk and swallowed.

Arlough had laid out bagels, cream cheese, napkins and knives on the antique sideboard next to the coffeemaker.  Turning, he leaned against the sturdy walnut.  “Wanna try that again?”

“Maybe that sounded clear to you, but it sounded from here like you were speaking in tongues.  What?  You forget to say the blessing?”  Shaking his head, he turned back to the bagels.  “What do you want on yours?  I got that strawberry cream cheese you like.”

“Sounds great.  And bring the coffee pot back with you as long as you’re over there.”

“Well, how else may I serve you, Your Dudeness?  I exist only to please your every whim.”  He waggled and shook his head slowly, duck lips on display.   Sarcasm was thicker than the cream cheese.

“Here.  Hope onion was what you wanted.”  By this point, Granger was openly laughing at his friend’s expressions and grousing.  “Onion’s just fine.”

Heading for his favorite chair, he said over his shoulder, “Good thing.  If it isn’t, get it yourself.  Jerk.”  He got comfortable, setting his coffee cup on the old fruitbox.  Granger had put a laminated top on one end and used it for just about everything except hauling fruit.  Looking over Granger’s shoulder, Arlough could see a monitor-full of writing.

“I’ve been sifting through some things I found in email and on Facebook and picking a few relative to dads and Fathers Day. . .

Those gave me plenty to think about in writing something worthwhile for Fathers Day.”

Having alternately spit pieces of bagel in his lap laughing and then getting serious again, Arlough sat waiting.  Granger had spun around and began reading from his monitor . . .

“After the old man’s death his children were cleaning out the top drawer of his beat-up old dresser.  In it, among old birthday cards he’d kept across the years, they found an anonymous note:  “Dear Dad, one day I’ll make you proud.”

“Contrary to Borg doctrine, resistance isn’t futile.  You can stubbornly keep shoving away every attempt of your dad to encourage you to shake off who and where you’ve been and reach higher, farther than he did.  You can keep thinking him a fool indefinitely, making him the butt of your jokes and insulting him among your friends, family and coworkers.

“You can.  But in the silence you hear truth.

“In a quiet moment, be honest to ask yourself why he spent so much time and effort pushing you to improve.  Ask why, after years of being made fun of and rejected, your father kept urging you to step out of your self-satisfied (read “fearful and unsure”) box and reach for more of your true dreams.

“It’s a frightfully humbling thing to hold up a mirror to your soul and find you’ve been a small-minded, impudent, immature jerk for years.”

“You have no idea.  I spent years belittling and privately laughing at my father.  It never occurred to me his silence in response to my smart, sparkling remarks was anything other than being hopelessly outclassed by my obviously superior mental acuity.

“Work clothes?  Really?  (Well, yeah, son.  I learned the value of work.  It’s most of what I do every day to provide for you.  What do you wear and why–and more to the point, where’d you get it?)  Never occurred to me he ate, wore, read and watched what he did because he’d tried plenty else and chose what worked for him.  Never occurred to me it flat didn’t matter what I thought.

“Yes, O Brilliant One.  Have you once considered all he knew how to do that YOU didn’t?”

Well, yeah, Mirror, but I didn’t need to know them—–

“Yet.  Think, Magnificent Pinnacle of Smart, why your dad possessed his particular skill sets, his specific knowledge and experience.  Think also, Grand Paragon of Mentality, of how many more decades he’d lived than you.  Consider he knew many things you don’t.”

Okay, fine.  Mirror, if my dad knew so much why didn’t he tell me more?

“When did you ever stop making fun of him long enough to listen?”

Granger took a deep breath, then began once again to read, though it sounded like he was praying.

“God?  You put a man in my life to lift me up and all I did was put him down.  I was too blinded by my own self-centeredness and ego to see that all my stuff was making life more difficult for him.  It was hurting him a lot more than it ever helped me.

“I made fun of his ways, I made jokes of his thinking and I insulted his life’s work.  I sneered at everything he tried to do to make life better for us as a family.  He spent years collecting and carefully making lists of coins, knowing they’d be worth something to help take care of us in later years.  Ignorant of their (or his) worth, I spent months blowing many of them on candy and gum.  I finally stopped, but not before I’d made some store owner a very happy man.

I still marvel that he put up with me.  I saw myself as slick and tricky.  What he actually had on his hands in his youngest son was a lazy, stealing, lying, bullheaded dishonor to everything he’d tried so hard to instill in me.  When he did his best to lead I balked.  The harder he reached out to Heaven, the more I made his life Hell.  And I had the temerity to question and judge HIS spiritual life?

“I spent my time majoring on his minors.  I made sure to broadcast to The Universe all the weak spots and mistakes I saw in my dad.  I saw a lot of them, too.  I hunted for them.  Yeah, God–I even aped Adam:  ‘Well, God, if this father YOU gave me wasn’t so LAME . . . .’

“I could go on, Lord, but You already know.  When it would have made a difference, I was a double-dyed, championship-caliber fool.  And the worst of it is I can’t tell him.

“Anyhow, according to his wishes the earthly remains of my dad were taken up into the high country he knew so well.  His ashes were scattered among the tamarack, blue spruce, pine and aspen he loved and were such a part of his life.

“Seems as though I’ve some waiting and thinking and living to do before I can chat with him again.  All I can do now is to try to continue using the wisdom I’m now recognizing You gave me through him to guide and offer counsel to my own children.  Will it ‘take’?  Unknown.  Perhaps it’s best that none of us really knows how well we did as parents until we’re There and have a perfected outlook and can see things in much clearer light.”

Granger swung around until he was facing Arlough, whose cheeks were suspiciously moist.

“I read somewhere that professionals do little things in a great way every day.  Their goal is always doing and being their absolute best, regardless.  They know amateurs compete with other people, whereas pros compete with themselves.  Their motto:  “I want to be better today than I was yesterday.”

“I’m ashamed now at how I always saw my dad as common, regular.  Using the above definition, he was a consummate professional.  I just wish I’d seen it sooner.  It would have made a significant difference in the upgrowing of Da— I mean “Granger”.