TRUTH STILL MARCHES ON – EVEN BY ITSELF

The plain envelope had been slipped under Granger’s door sometime before he arrived.  He was thinking of other things and almost stepped on it.  A folded note was inside, obvious in its blandness.  No signature. 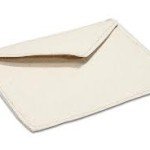 “When did corruption, graft and systemic lying slide behind the wheel?

“They’ve always been there.  But at what point were we all naive or blind enough to let them take over?  When I was little and got caught lying several things happened fast.  My mouth was ‘sanitized’, my backside was reacquainted with a flyswatter and I had to make restitution.

“If our ‘leaders’ get caught in another lie, everyone makes excuses for them, consoles them for having such demanding jobs, and demonizes those who dared to publicize the truth.

“When did RIGHT become anything but RIGHT?  What’s ambivalent about DO NOT LIE?  And when are we going to stop rewarding those who do?”

Amused at himself, he turned the piece of paper back over after an almost-unconscious flip to see if anything was written on the back.

Folding the note back up, Granger slid it inside the envelope.  He then sat thinking, his eyes unfocused, listening to the spring wind moan through the slightly-open window.

Computer.  Coffee.  Okay, maybe not in that order.  Considering some more, he began his reply.

“If I understand your heart here, I think you’re addressing the greater concept of honor.  Integrity.  What has happened to them?  They, like Wisdom in Proverbs, cry out but few in the political world seem willing to listen.  Or listening, do anything other than wait long enough for the immediate storm to blow over and then resume their games.

“Young military professionals understand both honor and integrity.  They live for and die by it.  Honor and integrity are mouthed by those you cite but alien to their daily experience.  Trying to shame national political leadership is like trying to teach an orangutan to play Beethoven.

“In my mind the answer is for you and I as individuals to agree to exhibit those noble qualities in our daily life and work.  As persons of honor and integrity we must take the lead.  Our ‘leaders’ have forfeited their right to carry the flag or represent us.

“Serve as faithfully as you’re able.  Be the kind of person you wish they were.  Establish the boundaries of your core values and what you’ll allow.  Show those within your circle of influence what are honor and integrity.  Begin with your own family.

“They will not all understand at first.  They’ve been used to you being polite and letting them have their way.  When you draw the line and stop that silliness, they’ll be mad.  Refuse to give in.  Love them but stand firm.  Eventually whether they openly admit it or not, they’ll understand you’re simply exhibiting what you should have all along:  honor and integrity.

Those most intent on trying to control you have the least business doing it.  They get comfortable by you being nice because it allows them to remain just as they are while making more and more demands on you, your time and your resources.

“This is my suggestion in answer to your anonymous complaint.”

‘Printer’ icon.  The laserjet energetically spit the copy out as if in glad support of the event.  Granger folded his answer and slid it inside the same envelope.  Realizing he’d forgotten to replenish his supply of Sumatra, he stopped on his way out the door.

The top inch or so of the envelope protruded from the oak pocket in the outside of Granger’s office door.  He stuck it inside, firmly closed the door, and headed downstairs.  World Market shouldn’t be too packed today so he could—-

Doing an about-face, he retraced his steps.  Standing before his closed office door, he pulled the blank envelope out a few inches.  Clicking his pen open, he drew a slightly-lopsided smiley face on the top so it would show then stuck it back down inside the pocket.

He grinned to himself.  “Might as well smile about it.  If whoever it is does what I suggest, life for them is about to get interesting . . . .