Prior to Spring of ’97 I never knew what an NG tube was.

I soon found out.

NG is medical shortspeak for a nasogastric tube.  Given all sorts of positive spin, the NG tube was actually developed by J. Farnsworth Grimes, a three-time washout of medical school.  An eccentric inventor at heart with a wicked tendency toward retribution of the sadomasochistic sort, he immediately set about to make all mankind suffer for his ignominious separation from the coveted title of medical doctor.  Okay, I made that all up.  But it wouldn’t surprise me if it were true.

There is no polite way to put it.

No, really.  It’s what they do.  It’s also a spiffy definition of how the patient feels upon whom one of these hideous engines of human degradation are foisted with the fateful words, “This will make a big difference in how you feel.”

Right.  No, really.  It does make a big difference in how the patient feels.

I’ve had six of these hollow torture devices stuffed down my nose.  Well, to be correct the NG tube is first stuffed UP the nose, then forced DOWN past all sorts of tender, supple flesh never once intended by God to be introduced to a writhing, hollow latex python the approximate diameter of an oil pipeline.

Sound grim?  Google “NG tube” and click on one of the nifty Youtube clips of how it’s done.  All that soothing, reassuring talk of lubricant on the first 4 inches or so of the tubing?  That’s to distract you into thinking it all just s-l-i-i-i-d-e-s down your gullet with ease.

Not.  Oh, it got better the third or fourth time.  Well, I got better at knowing what was coming and learning to swallow a gallon or two of water.  Yeah-yeah-yeah, I know.  They say a swallow or two.  Well, Hoss, here’s the way I figure.  Grimes’s contraption is intended to Hoover up anything in your stomach, right?  So if it’s ‘properly emplaced’, that gallon will just be syphoned right back into the 50-gallon receptacle attached to the pump to hold it all.  Makes perfect sense to me.

I even tested that hypothesis.  No worries.  It was all in the name of science.  Sort of.

The whole purpose for an NG tube is when a patient is NPO.  It literally means, “nil per os.”  And that means “nothing by mouth.”  Why can’t they just SAY that?  Do they KNOW how it ‘reassures the patient” when they’re standing there in a clot of 5-6 white-coated people, looking directly at you with sympathetic expressions, saying, “Oh–he’s the NPO.”

It was probably  someone else in Grimes’s class who also washed out who thought up THAT bright means of putting it to succeeding generations.  It was his or her way of letting the REAL purpose of the NG tube sneak up and POUNCE on unsuspecting patients too sick to argue and too sedated to duck.

NPO, meaning “nothing by mouth”, is intended to keep the stomach totally empty.  This forestalls unplanned nausea. I guess the planners of this great form of medical torture weren’t thinking long-term.

I had one of them stuffed up/down my nose for six weeks.

Ever tried going without ANYTHING to eat or drink for six weeks?  Hunger just sort of quiets down and leaves.  IV food does sort of work, but it’s not terribly satisfying.  It’s one of the reasons I now eat as I do.  It’s not intentional.  Though I need to eat often, I’m generally snarfing something or other even when I don’t need it.  It’s my body’s and nervous system’s way of making a statement.

“I’ve been on the other side of starved.  Didn’t like it much and don’t plan on ever being there again.”

The, ah, tubing is long enough to make several cool loops before it attaches to the suction pump.  I have an active and lively imagination.  Lying there for that long is boring. 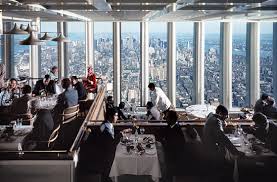 Ever had to endure hospital TV?  Don’t get me started.  I couldn’t eat, so the most interesting shows to watch were (all together, now—) COOKING SHOWS.  Oh, yeah, babe.  If I couldn’t EAT it, at least I could watch it being prepared.  My favorite?  I forget the show title, but it was hosted by boss Michael Lomonaco, the executive chef and director of WINDOWS ON THE WORLD, the gourmet restaurant at the top of the north tower of the World Trade Center.


We all know what happened to that.  I personally think the appropriate form of enhanced interrogation for hateful goobers wanting to destroy us is having UNlubricated NG tubes stuffed up their noses and giving them bacon- and ham-dripping juice to drink.  You’ll get the rest of that in a minute.

Tubing.  Looping several times around like a big rollercoaster.  Rule from stern RNs:  “Do not drink anything!  NO-NO.  BAD PATIENT.  No drinking anything!”  Like a good neighbor, Sta—  No.  Like a good patient, I obeyed.  Focus, Dan.  I told you it was boring.  Even remembering it incites ADD attacks.

Well, I obeyed for the first couple weeks.  I layed there and watched this or that errant fluid from my out-of-practice stomach zip its way around the three loops of my tubing.  Of course it was mine.  Believe me, we were paying for every silly millimeter.  After that, bored to tears, I was ready to invent ways to amuse myself.

I had an unsuspecting confederate in an unnamed CNA.  Someone erred in preparing lunches.  They brought me one, and we all know hospital kitchens and dietitians make no mistakes.  Their answer to my attempts to tell them I wasn’t supposed to have lunch?  “It’s extra.  We’ll just leave it; maybe one of your family members will enjoy it.”  Enjoy?  Hospital food?  You kidding me?  I never said any of that.

When she returned to pick up the tray of uneaten food.  (Well, DUH.  What?  You think I have all these catheters and IV tubes and this foul monstrosity stuffed down my nose for my health?  Well–I mean . . . )

“Do you want me to leave any of this?” (BWAHAHAHA-ha-ha-ha!)  NPO = “Never Prompt Opportunists”

Innocently, I rasped, “You can leave the Jello.”  Give the young lady credit.  She hesitantly looked at the almost-melted goop, glanced pityingly at me, then gathered up the rest of it and left.

I pounced.  My water glass had a straw.  Liquified Jello works with a straw.

Do you know where this is going?

I transferred my water straw to my precious supply of spit-warm, melted red Jello.  Carefully watching for a big, mean RN, I prepared myself for what felt like a sacred moment.  An epithmen—  iperemanif—  efipanev—  It was fixin’ to be mighty special.

I took a sip.  The relief to my raw, scritchy throat and esophagus was Heavenly.  What followed likely originated significantly south of there.

The red sip of Jello did exactly what it was supposed to do.  The second it hit my now-tiny stomach the pump wheezed like it had contracted COPD.  It went SHLOOP and I watched every bit of that sip of red melted Jello go WHEE!  WHEE-E-E-E! up and around and down and . . . well, you get the picture.  I only had a touch of nausea; I was tough.  I could take that laying down.  Um, yeah.  I was.   My eyes followed its journey.  If Jell0 had arms would it raise them going over the top of the loops?  I guess if they left it laying there long enough it might grow arms and I could—

BUSTED.  A mean RN came in and caught me in mid-sip.  She glared at me.

I grinned at her.  I’ll admit, my normally-dazzling smile was a bit dampened by what looked like a high-tech trunk taped to my nose.  Hard to look cool sporting The Tube.  But I did my best.

“WHAT IN THE (insert appropriate word) DO YOU THINK YOU’RE DOING?”

I laid there, smug in my inventive audacity.  I think I even worked up enough panache to waggle my eyebrows.   Ms. Mean just stood there for a minute, finally cracked what for her must have been a wide grin and over her shoulder said, “Puke and I don’t wanna hear any whining!”

What?  I didn’t include the normal coffee picture?  Of course not.

When you’re NPO you can’t have coffee.  Keep praying for me as I complete and edit the book.  It’ll be worth your time, and you’ll want to refer it to others.